You are here: Home / Connecting / I’m 28 and Forced to Become Sterile. 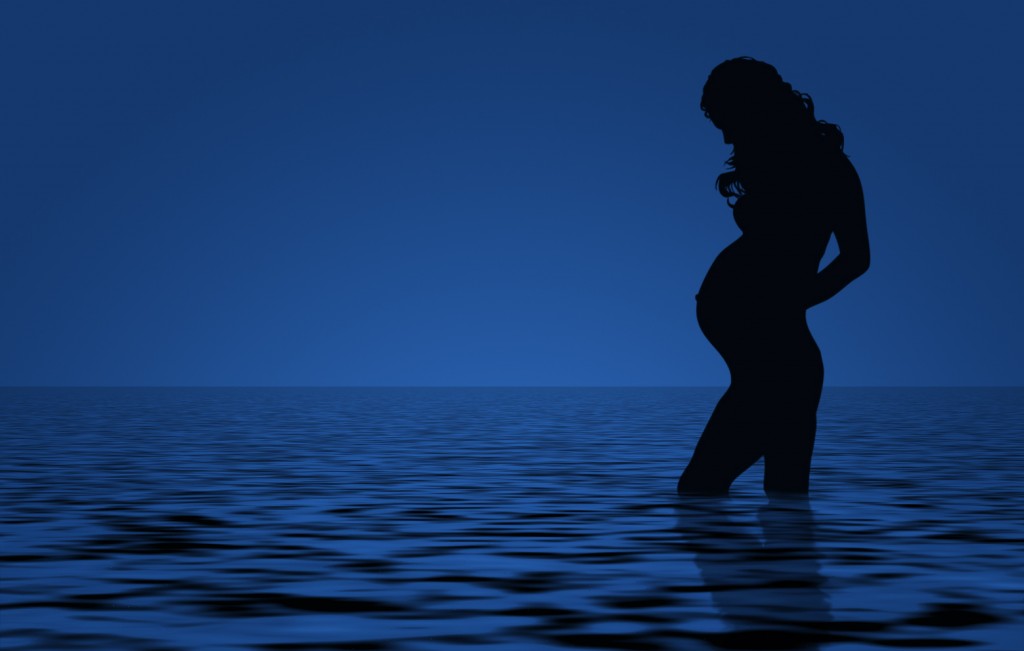 It was a grey and dreary day, we even had a bit of snow that melted into a cold mist.

A perfect reflection of what was to come.

I headed to see my specialist for what should  be my last time. This is my respirologist and I was seeing him to follow-up and to inquire about my last CT scan in more detail. I’ve been off blood thinners for a few weeks and that is one of the most glorious blessings that I have been given these last 8 months. It’s been a complicated experience of being a pin cushion, being on on strong medication, that some days, wouldn’t allow me to get out of bed because of it.

If you aren’t familiar with my story, read it here.

Well, as I sat in the quiet waiting room and looked up at wall at a decal that said Dum Spiro Spero, meaning “When I breathe, I hope.”

I smiled knowing that this statement is so true.

I examined the patients in the waiting room, some were middle aged, some were elderly and then–there was me. As soon as I walked in I had received glares and I could only imagine what they were thinking.

I thought that no matter what stage in life we were all in, we were all there with the same objective. To keep fighting the fight and keeping hope.

Anyway, my doctor came walking down the hall and saw me, smiled and said, “Hi, come on in.”

I asked him my results and he told me the status of my lungs. I began to ask him all the questions that I had about my future and my plans that I had prior to this incident.

The ones where we planned on having more children, one more to be exact.

We planned on doing this so long ago and this whole thing impeded it.

He said that as my doctor he would advise against it, that having another baby is very high risk.

I can never be pregnant again. Ever.

I sat there quietly, let it sink in and then finally told him that I understood. That I rather be here for my 2 beautiful girls than to risk bringing another child in the world at the risk of leaving them without a mom.

Leaving my husband without a wife.

He gave me his orders to live a healthier and more active life and a long list of things to avoid and watch out for. He also said when the time arises, I will not be able to take hormone therapy and God forbid I ever need a new knee.

I asked him so many questions and he patiently answered them all. He explained to me the impact of the lost tissue of my lungs. When I felt I had gotten all the information that I could, I thanked him for everything, shook his hand and walked out of the office. 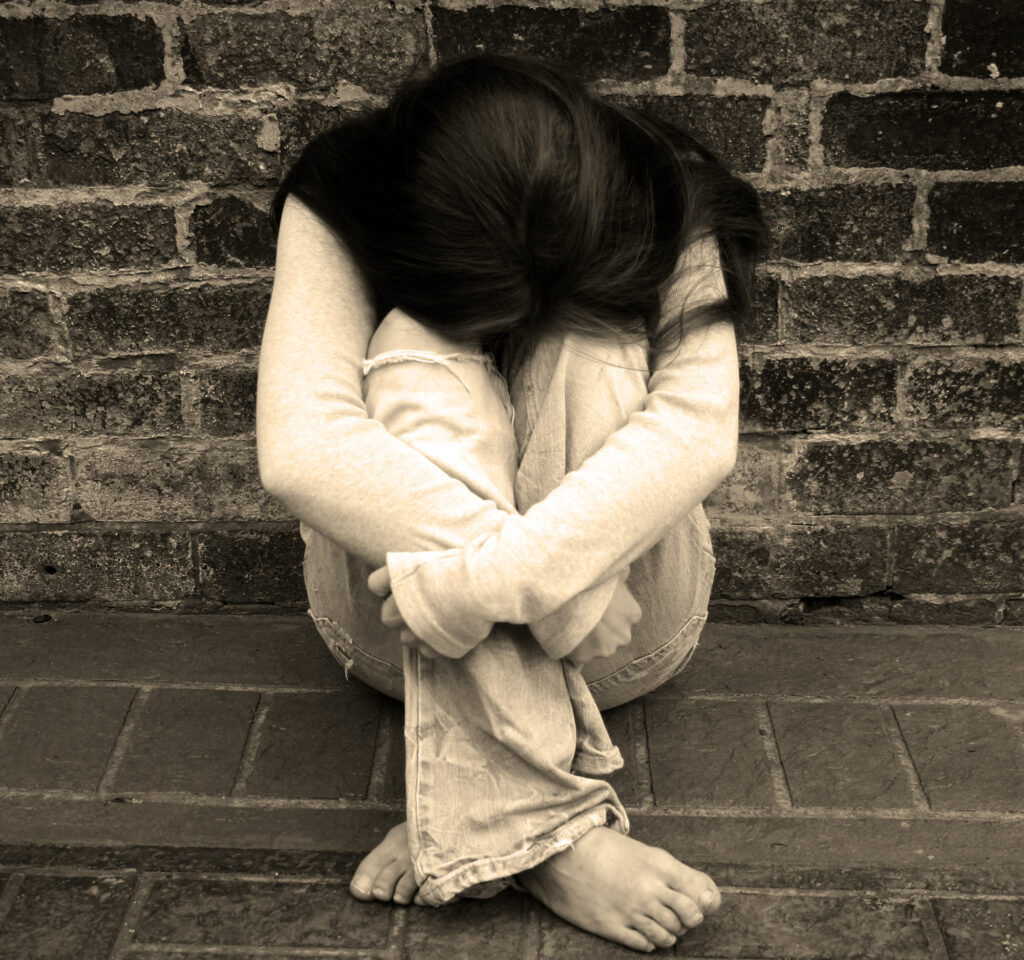 The cold wind hit my face and the tears stung my eyes, I swallowed hard and walked over to the car where Hubby and Mimi were waiting for me and watching Toy Story.

I opened the door and Hubby said, “So, how did it go?”

I was just devastated.

I’ve had bouts of crying ever since.

This isn’t fair. I shouldn’t be forced to become sterile at 28. I shouldn’t have to close this chapter of my life as a woman because I am not ready to.

I simply am not but, I have NO CHOICE.

My form of contraception took that away from me.

I’m kind of at a loss for words really.  I now have to look into sterilization and all that baby clothes that I’ve been storing away for later use–donate it all. I feel like I’m mourning a loss that hasn’t yet occurred but, in a way has.

And it outright angers me.

I understand the sentiment, I think.

Of course I love my girls, they are my entire world and I love them immensely. I just think that it’s insensitive to say and I understand that having my children is THE biggest blessing I’ve ever been given.

It’s the best job in the world.

I also understand that some women NEVER have this choice and never have the gift to be a mother but, I don’t think it’s right that something that is supposed to be safe risked and continues to risk my life.

I”m not willing to take that risk but, this choice should not have been taken away from me.

I apologize for such a depressing post and like I said, I’m not one to air out my problems. I prefer to keep them private but, this matter in particular is something that I want people to read, I want people to circulate and I want them to be aware. I honestly think that using abstinence, copper-based IUD’s or condoms is the way to prevent pregnancy. So many unsuspecting young women (women of all ages) use oral and hormonal contraceptives to prevent pregnancy. Little do they know that they may experience what I have or God forbid, may not have the chance to tell their story.

Avoid anything unnatural if you can, since my experience with Nuvaring I can only give you my opinion–AVOID IT.

Please, please, PLEASE research everything that you consume. Especially with medications that contain hormones and that can potentially cause an imbalance in your body. The problem with Nuvaring is that they did NOT amply nor properly  warn about the potential risks of pulmonary embolisms and their likelihood to occur in comparison to other contraceptives.

I’ve said it before and I can say it a million times over–had I KNOWN the immense risk I would have never, EVER taken Nuvaring. Contraceptives are prescribed and used with the purpose to prevent pregnancy for the duration that the user takes the drug. Had I known what would have happened to me using Nuvaring I wouldn’t have taken the risk. Not having the choice to conceive or coming close to not being here is NOT worth it.

The manufacturer simply did not properly warn about these associated risks.

Now, I have to come to this acceptance. During this whole ordeal I have put on way too much weight and I vow to get back to where I was before FOR my children, to live a more active life again to maximize my time with my kids and to see them grow.

Thanks for reading my spiel, I appreciate all your kind words, the virtual hugs and the pick me ups that you’ve all given me since day 1 of this awful ordeal. They mean so much and I’m very grateful to have an amazing bunch of friends and readers to vent to. I may consider seeking a second opinion but, I don’t think I am willing to take a risk. I am here, ALIVE and I’m starting to feel a bit normal.

Aside from the internal scars I carry many emotional ones too.

Thanks to all of you for being awesomesauce and for those of you who have passed my story along to those you think need to read it and simply for awareness. It means so much to me, I can’t even express.

⚡DOUBLE TAP⚡ if you love being out by the wate