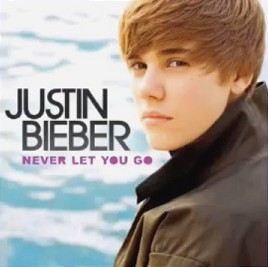 I think I have Bieber Fever.

Now, I’ve been able to fight it off for a couple years–even when Hubby found him on YouTube.

I half glanced at the screen and saw a little nugget singing Neyo and I said, “Smeh. Yeah, he’s alright.”

Then maybe a year later, we were driving in Toronto and he’s on the radio.

I was like, “Hey babe, that’s that Justin Beaver kid you told me about!”

Apparently, he had caught the attention of Usher (one of our fave artists) and he had an album coming out.

Now, Gabs caught Bieber Fever as soon as she heard his first single, “One Time”. LOL. So, his tunes would resonate in our house over and over AND over. To the point that I started humming at first, then I started hearing the words in my head, then when the songs came on, Lawdy Lawd–I was singing along.

And you know Twitter? Well, he owns it. Not literally, but did you know that it takes 3% of Twitter’s servers to maintain all the Beliebers love for Justin and to maintain ‘The Biebs’ account? Maybe, that’s why you’ve received that dreaded fail whale.

You know the one.

Also, did you know that Twitter banned Bieber from the trending topics? He trended ALL. DAY. LONG. EVERY. DAY. Well, it did get annoying after awhile but, nowadays it wouldn’t make much a difference. TT’s suck and at least it was in English and something we understand.

Well, music is a HUGE part of my life, so I can appreciate music and artists whether or not they are my cup of tea. So, I thought Justin Bieber was adorable and his voice though mousy was cute and he was actually not bad at all. He can sing.

Plus, his beats are catchy–forreals.

Well, lo and behold, throughout my pregnancy, I guess ‘The Biebs’ was one of the artists I played for Michaela in utero, among every type of music you can think of. Of course my favorites, Michael Jackson, Queen, a lot of classic rock, R&B, classic and the list can go on.

So, Michaela was born and enter the months were she became mobile and obviously needed more entertaining. Both my girls love music and Michaela’s favorites so far have been. Adam Lambert, Black Eyed Peas, Usher, MJ and you guessed it…

She could be upset, fussing or fidgeting and she will stop dead in her non-existent tracks and listen to the music or watch his videos. She dances and she now even says, “Baby, baba, baby.”

So, you can find me acting and dancing a fool to “Never Say Never” and “Somebody to Love” and Mimi eats it all up, fist pumps and squeals.

Not to mention, Gabs knows all his songs and loves the kid. Thank god, not in THAT way. Yet. You know in that Justin Bieber hair-flip kinda way, cuz that would totally freak me out. Not familiar with the Bieb Flip? I’m sure all the Beliebers died when ‘The Biebs’ did a slow-mo of this very flip, high quality and in 3D.

Yep, that’s the one.

It’s that flip that has all tween girls going crazy for “The Biebs”, don’t believe me? Rumor has it that 80, 000 Beliebers unfollowed him on Twitter today because he cut his hair.

I’m soooo glad that Gabs isn’t a full-fledged fanatic. She just likes his songs, his dance moves and his clothes.

This past weekend we took the girls to watch his movie. Never Say Never. The kid has a 3D movie documentary and pretty much everything else with his face on it. He probably has fruit with his face on it. I know Hannah Montana did, no joke, she had her own brand of grapes.

Michaela sat through most of the 1 hour and 45 minute movie, the rest of the time she was dancing and babbling “Baby” and Gabs was singing every word. Along with half the theatre of Beliebers and the poor parents who were being held against their will.

Well, the movie really changed my perspective on this little kid from Stratford, Ontario (YEAH. Canadians REPRESENT) and how hard he actually works. It’s not an easy business. I know that this is the life he chose and that it all comes with fame and fortune, but it’s not an easy pill to swallow. It’s sacrifice, one with much benefit but, great sacrifice. I don’t think I’d be able to allow my child to do that. Don’t quote me, but I think he did over 100 shows in a year and 3 months and he also sold out the Madison Square Garden in 22 minutes. Also, in that same time frame. Some artists take years to be able to sell out MSG.

Like it or not, you cannot knock this kid’s hustle.

He can sing very well, he plays guitar, drums, trumpet, piano and writes his own songs. I’ve also seen him get owned on CSI, so he’s got the acting bug.

He’s got talent and he’s had it since a very young age and I really think he’s doing what he’s meant to do. He’s well connected and he and Jaden Smith are so damn adorable, I want to gobble them up. Not to mention, kid’s got style. I love me some skinny jeans, hoodies and Supra’s. Remember my 80’s inspired clothing and shoe addiction?

No matter how much hate this kid receives, I can’t knock him. Being famous, talented and successful comes with a lot of criticism, nonacceptance and hate. That just shows the kid is doing something right. What’s that saying? “Behind every successful person lies a pack of haters?”

So, yep, I have a little more respect for “The Biebs”, I’ll still like his music and I might even take Gabs to one of his concerts when he heads back this way.

I just hope someone markets Belieber repellent by then because that’s my only fear. Being trampled by a herd of Beliebers would be a tragic and embarrassing way to go.

Don’t know what a “Belieber” is? I suppose it’s better late than never to explain it since I’ve said it quite a lot in this post. It’s actually pretty self-explanatory. Well, it’s supposed to be a witty and clever combination of Bieber’s last name and the word Believer. They’re also this generation’s fanatic group of girls/tweens who have sworn that Justin Bieber WILL be their husband.

Bieber haters, watch the kid’s movie. It may change your opinion on him and maybe spark a bit of respect for him. Don’t worry, you don’t have to tell anyone about it and it just might give you more info for future digs at him.

LOL. But, seriously, watch it. Just wait until it comes out on DVD.

The way I see it, we had The Beatles, Elvis Presley, Michael Jackson, New Kids on the Block and Backstreet Boys to name a few.

This is this generation’s craze.

It’s funny, when he was performing “Somebody to Love” and Usher came out, all the girls were dying for Justin, meanwhile I’m flipping out over Usher (I was a tween when he came out) and Boys II Men. Talk about feeling old but, I understand the infatuation.

Judge me if you will.

This soccer mom has Bieber Fever.

And, I’m not afraid to admit it.

Any of you willing to admit it? Haha! C’mon now!

Raise your hand & double tap if you've been baking

⚡When is the best time to visit Magnolia Market?