Join our newsletter list to be the first to hear our latest news! Learn More
Home / Product Reviews / A Glance at the Motorola Photon. #MotoCalyp 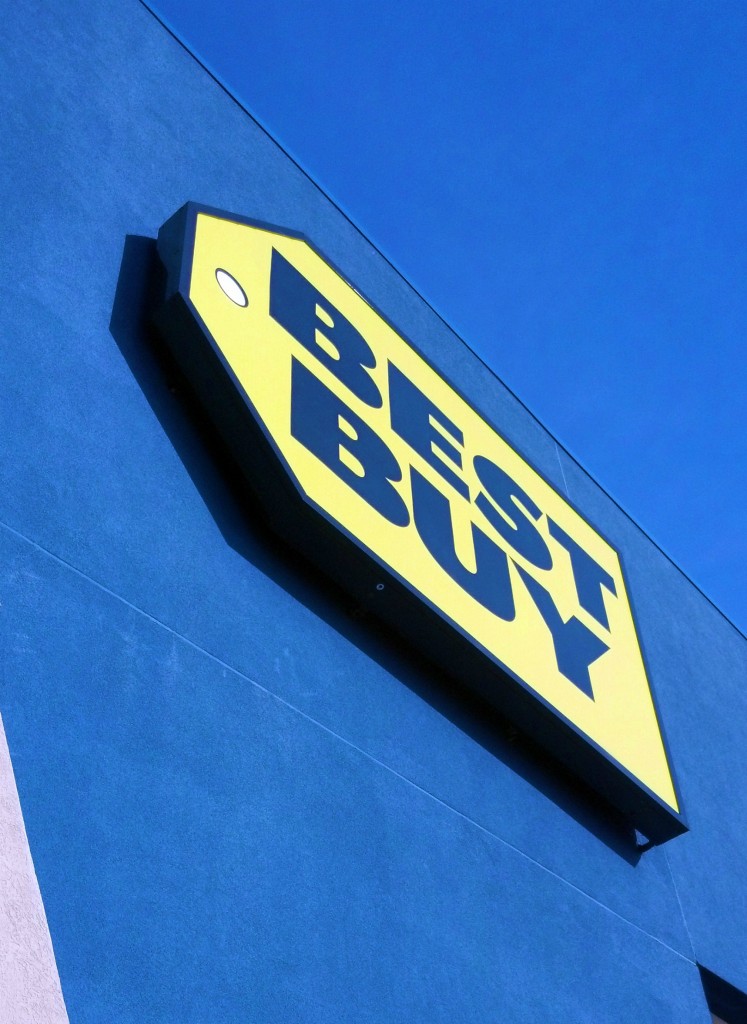 Last week I had an opportunity to go to the #MotoCalyp shop and research the new Motorola Photon. I made a trip to Best Buy with my family and went on the hunt for the Photon. We were immediately greeted by the staff and asked if I needed any assistance.

The gentleman shook my hand and gave me his name and answered all the questions I had as best as he could. He had a general knowledge about the Photon, if not the same information that I came in with. He went out of his way to show me a comparison of similar phones from other providers other than Sprint and gave me tidbits of information about the Photon.

I was pleasantly surprised that the phone was on sale when I got there and that it was $50 less than it was on Best Buy’s website. There were holiday specials everywhere that caught my eye and you can tell that they were worth it. Make sure you visit my research process and check out even more sexy pics of this phone! 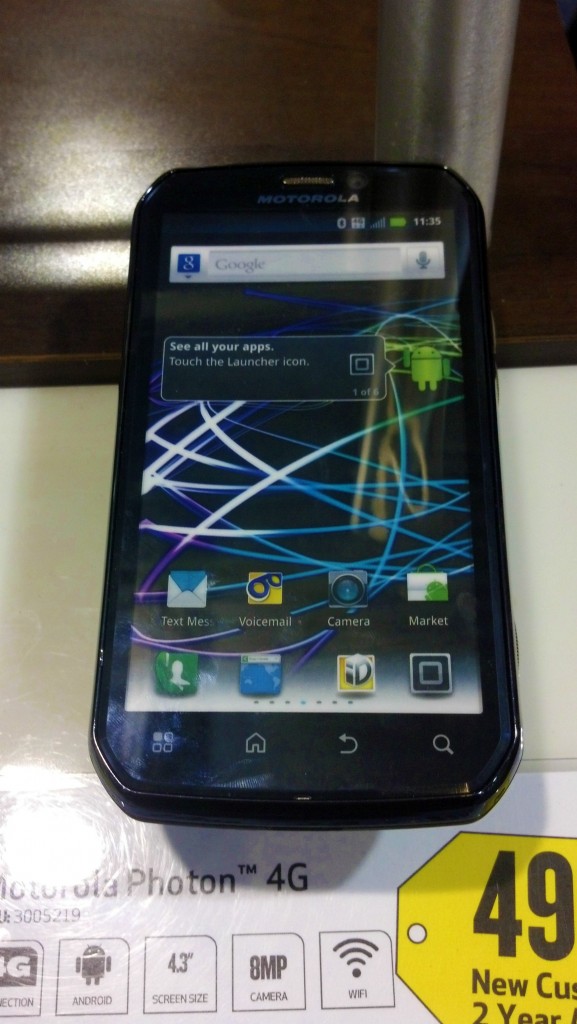 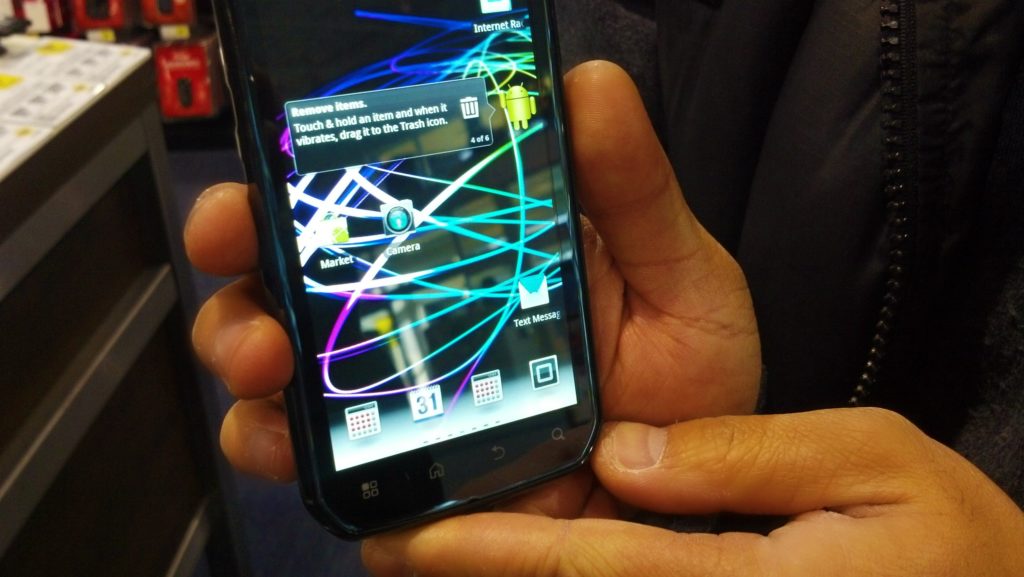 They only had dummy phones out on display but, when I asked him if they had a real model that I’d be able to play around with he immediately went to get one. They were on sale as aforementioned, for a new activation on a 2-year contract with Sprint, you’d pay $49.99–which is amazing for a great phone especially when it retails for almost $700.

As many of you know, I am a die-hard fan of Apple and their iPhone but, alas–I have been researching different possibilities that don’t limit me as much as Apple does at this moment. I also need a phone that is going to last me all day.

Which means a phone with a good battery life.

I do a lot of my online work on my smartphone and I looked up the Motorola Photon as a possibility for my new phone, the operating system Android is remarkable and after playing around with it I am truly impressed. It is a 4G and operates on multiple networks, depending what your area offers. The camera is an 8 megapixel and the pictures it captures are beautiful, the video stream is as if you are watching it on an HD TV. The video playback of what you capture is 1080 HP.

I compared it to what I have on my phone and the difference is significant.

Text messaging is ridiculously easy, you can either talk to your phone and it will type out what you want to say or it can predict the words that you are typing and with a tap of a finger, you can write whole words by simply entering two characters. The Photon has Visual voicemail and Voice to Text as well which are extremely useful. 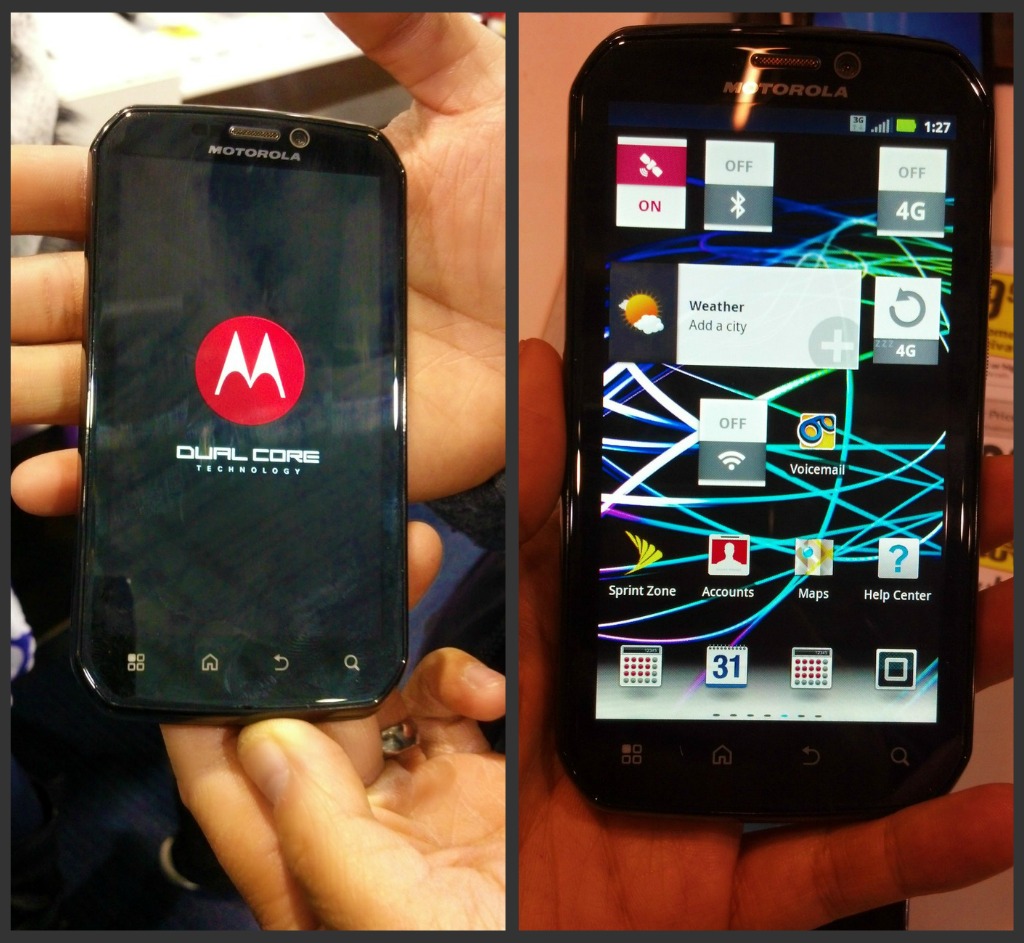 The best part of the Photon and it’s OS is that the Android runs Adobe Flash Player and java and you can view your web pages as you do on your desktop. For me, it’s a vital reason why I am looking to switch over to Android. The only thing about a great OS is the power to run it and by experience, it takes a lot of battery to support this OS.

This is one reason why I may not move on to Android as of yet.

Though a good thing about this phone though, is that it has a dual-core operating system–which means that it’s super fast.

Which will defintely keep you connected on-the-go?

One of the things that Motorola sold me by was the connection is USB but, it also comes with an HDMI cable and you can connect your phone to your TV at any time. With the same quality as your 1080 HD TV, it’s remarkable. The Photon also comes with a little kickstand that will let you sit back watch videos or movies comfortably. 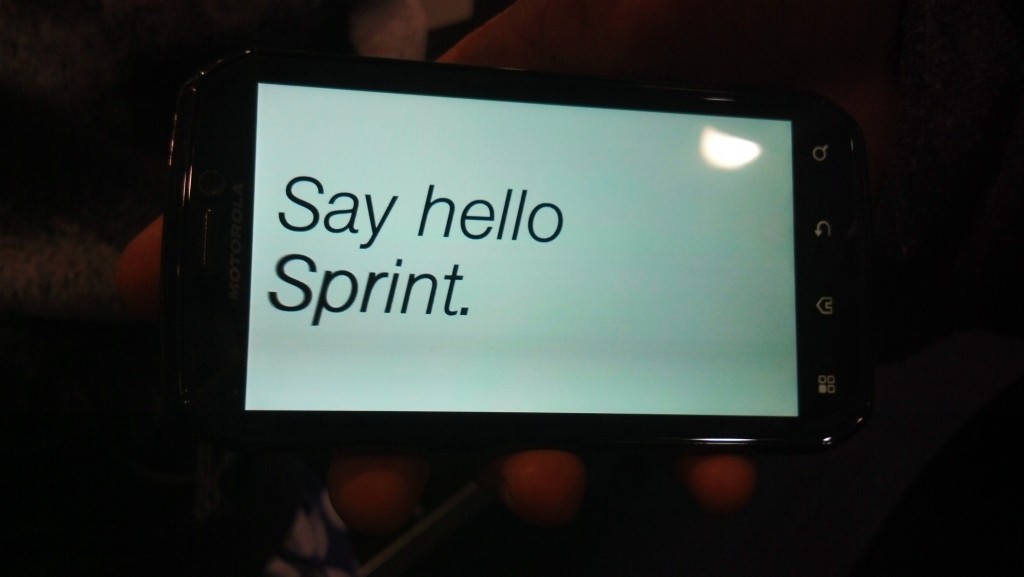 There is plenty of space and the Photon comes equipped with 16 GB of memory, you can add a mini SD card and end up with 32 gigs of memory for those of you who like their music or movies. It’s also super-thin and fits comfortably in your pocket, which I tried. 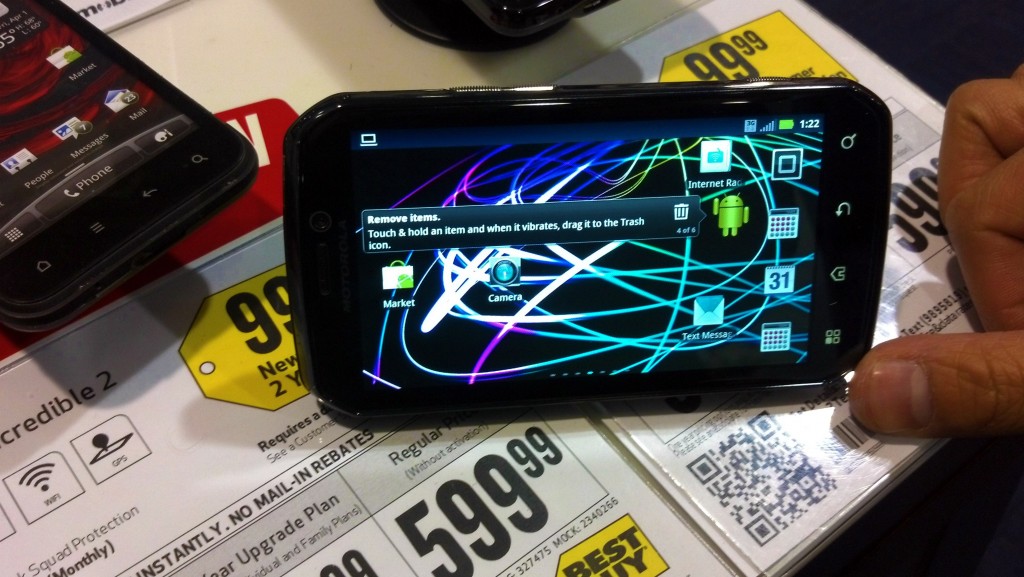 I think that the Motorola Photon is a well-made phone, it’s thin, sleek and the Android OS is very impressive. I think that any techie would enjoy it and would get much use off of it simply from listening to some tunes or watching 1080 HP movies on Netflix.

For me, the camera is quality.

Especially those moments that you want to capture and don’t want to end up with a blurry or grainy picture. Another great thing is that you can connect to an even faster 4G network.

The only things that I didn’t really like were the battery life and aesthetically, I wasn’t a fan of the rounded corners. The screen is LARGE so that makes up for the corners. It’s a great-looking phone though.

So, if you are looking to purchase the Motorola Photon, I’d say head over to Best Buy where you can get it for $49.99 with a new activation with Sprint.

If you have any questions and are in the market for a new phone, I’m more than happy to answer any of them!

Previous Post: « It’s Party Time: Come and Party With Elephoto!
Next Post: Wherever You Go–Go With All Your Heart »

Reflect. Refuel. Refocus. ⠀ ⠀ I spent most of

I love sleep—it's like a time machine to breakfa