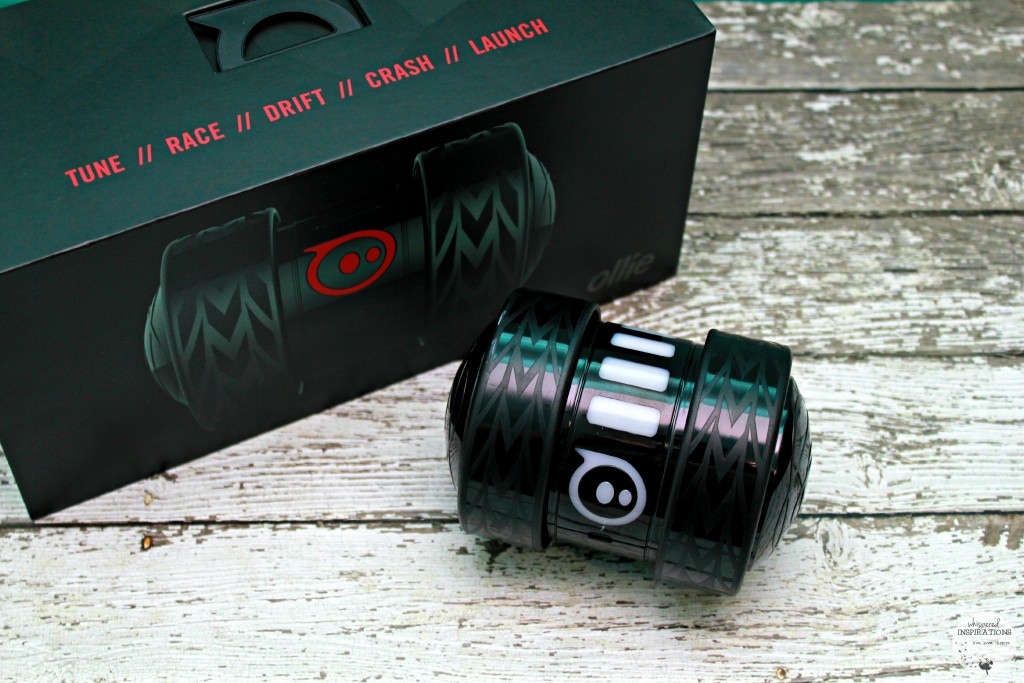 I am a huge tech and gadget kind of girl and I love playing with new toys. Us big kids need some fun too and when I had the chance to try out the Darkside from Sphero, well, I was all in.

If you remember, I’ve reviewed the Ollie, its much more innocent and obedient counterpart and I still have tons of fun with it. I was ready for a little bit of trouble, let me tell you!

I was curious to see how it compared to the Ollie and to see if really was as dark as it claims to be. Considering that Sphero announced that they are collaborating with Disney and are involved with Star Wars, the Dark Side sure is appropriate.

The Darkside is lightweight and I really dig the dark colors. I also love that it looks like a piece of tech that adults can play with that doesn’t look so juvenile. With that said, its design appeals to kids too. I know that mine were excited to see its temperament and capability. 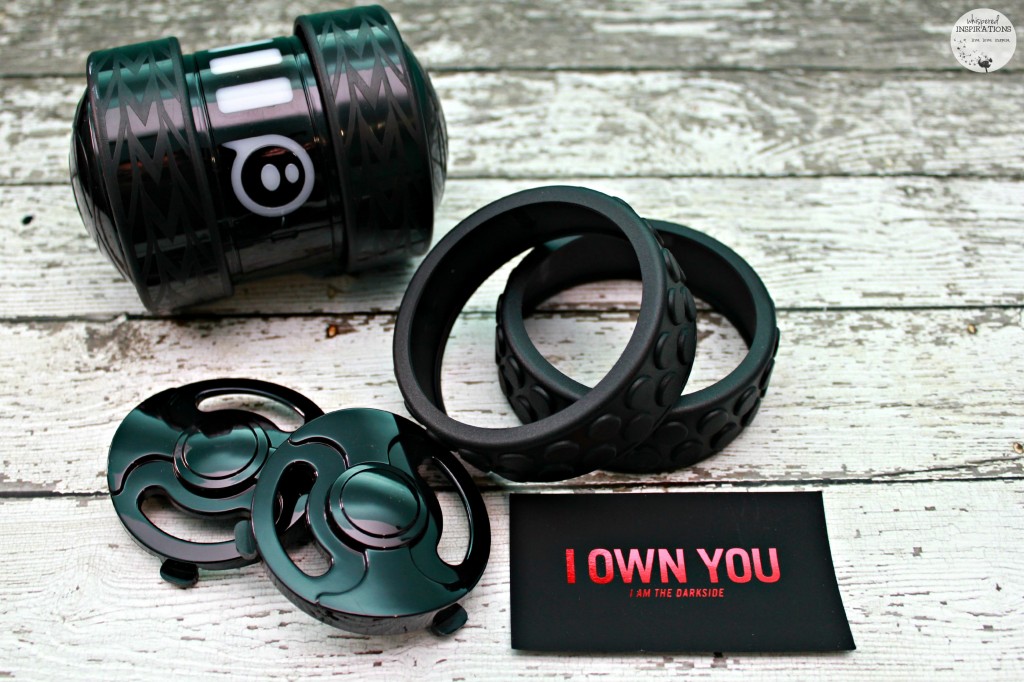 You will soon find out. They say that few have the strength to command the dark powers bound within this robot. It is said that it draws its energy from unrestrained competition and reckless abandon. You can try to control the Darkside with their app but, user beware, the Darkside will overpower anything standing in the way of victory – including YOU.

What’s In the Box: 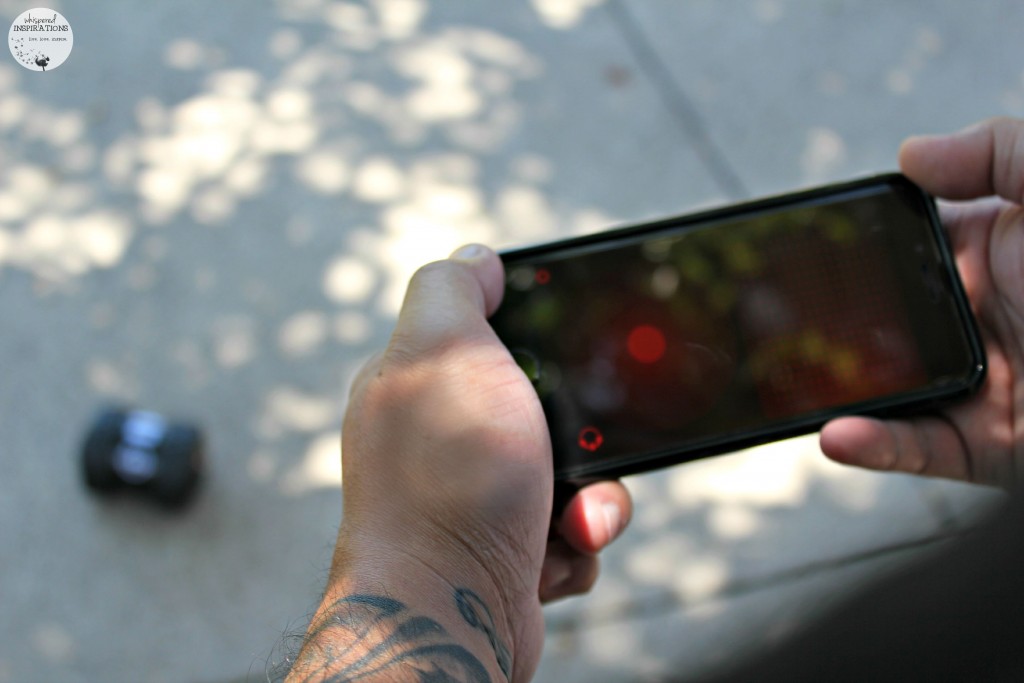 Handling the Darkside robot through the app is easy enough, it goes up to a top speed of 14 mph and with its durable polycarbonate body, you can rest assured that it can handle the speed, flips and tricks that you make it do. But, be warned, if you let it sit too long that it will start moving without provocation.

Dara has been having a great time with Darkside, he enjoys that this little but mighty robot has a fierce personality.  Not to mention, he loves the idea that he is playing with a robot that is essentially playing right back with him.

You know that we have come a long way from remote-controlled cars when you can play with a robot with its own personality. It really is a man who was once a small boy’s dream to be able to play with such a gadget. 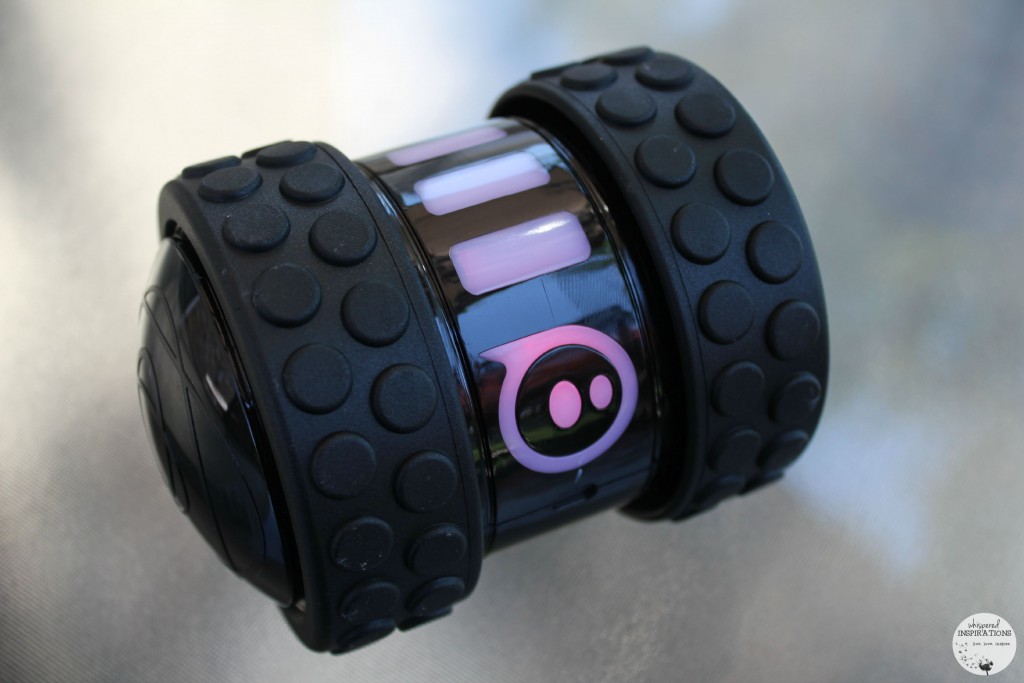 One lucky Whispered Inspirations reader will WIN a Sphero Darkside! That’s a value of $129! This contest opens on July 31st, 2015 and ends on August 16th, 2015. Open to CANADA only.

The Darkside from Sphero is reasonably priced at $129 on Sphero’s website and on Amazon.

You can head over to the Darkside website for more information and accessories. Why wait and not live out your childhood dream of owning your own robot?

Do you still play with toys/gadgets? 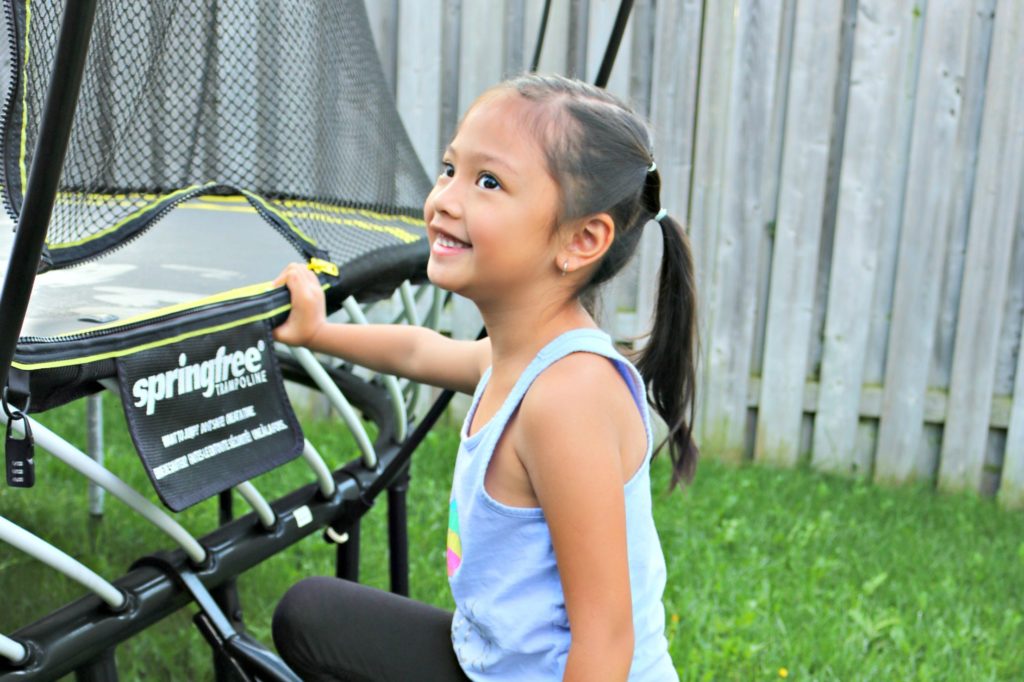 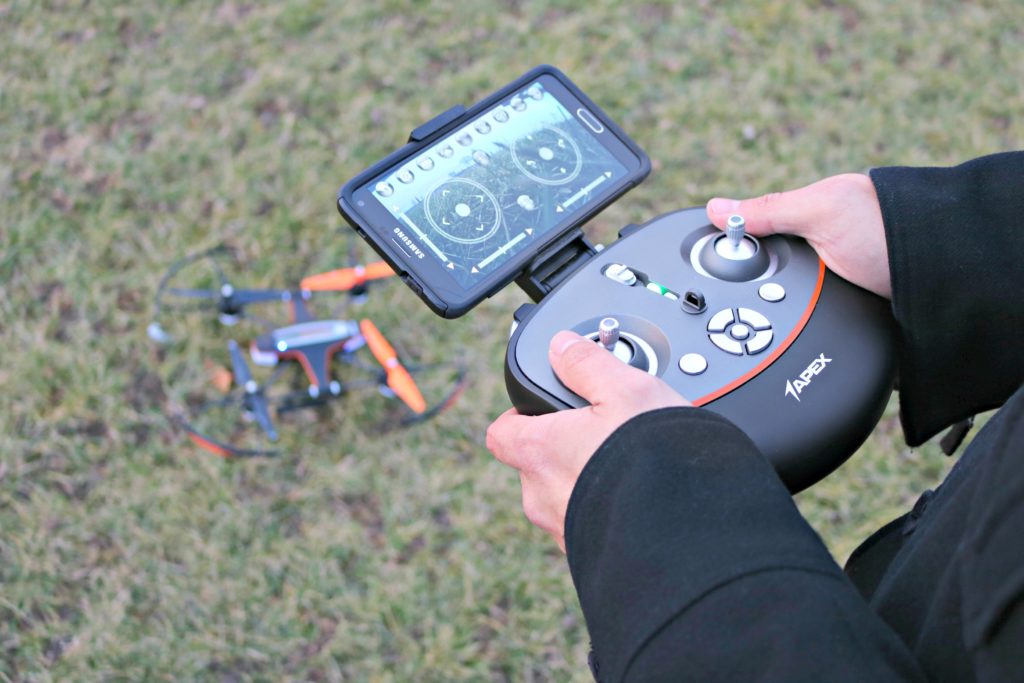