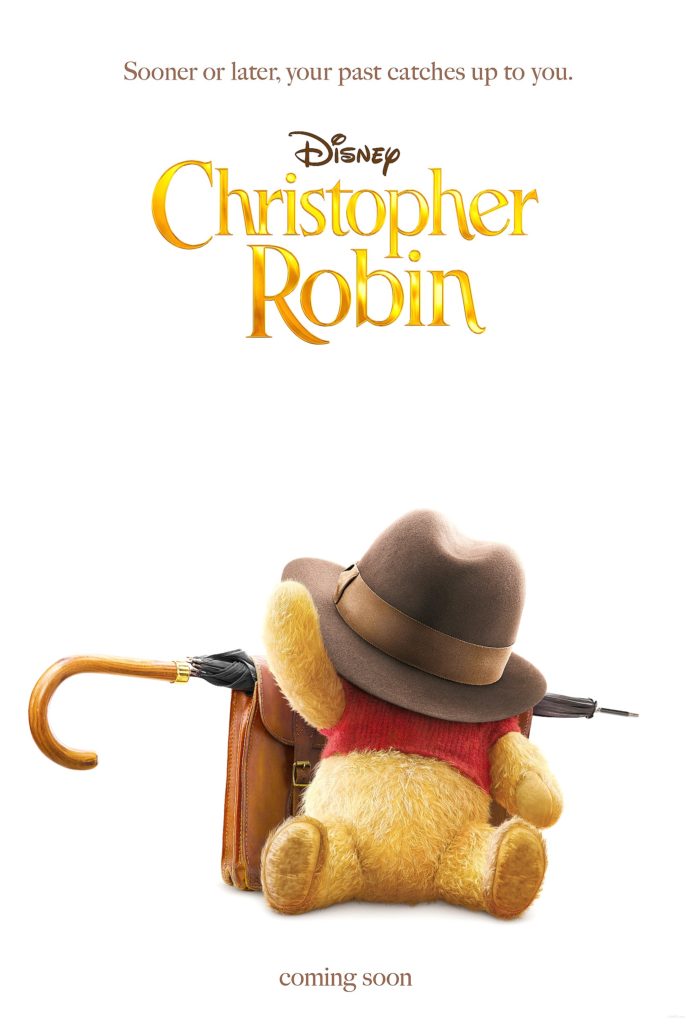 I don’t think that my imagination would have flourished as much as it did as a child, if not for Winnie the Pooh.

Escaping into the Hundred Acre Woods where Winnie the Pooh, Tigger, Piglet, Eeyore, Rabbit, Owl, and Kanga and Roo live was exciting. My first years were spent in El Salvador, during a civil war. When my parents came home with a Pooh Bear plush, it became my most prized possession. Through books and shows, I learned about taking my time to think, all about friendship, and so many more life lessons because of Winnie the Pooh. That is why when I learned that Christopher Robin was in the works with Disney Studios, I couldn’t wait to see it!

At the end of February, I had the pleasure to attend the Disney Social Media Moms Celebrations. One of our guest speakers was Kristin Burr. Burr is a producer with Burr! Productions, a film production company based at Walt Disney Studios in Burbank, California.

You can see the dedication, heart, and love that has gone into making this film simply by how passionately she spoke of the film. We were able to watch a sneak peek of the trailer, and there was not one dry eye in the building.

It’s here! Now, you can watch the trailer and get a first look at this silly, old bear we all love. Mark your calendars, Christopher Robin arrives in theatres everywhere on August 3, 2018!

She explained that this live-action film was based on the premise of imagining where Christopher Robin would be in his adult life. While he took many adventures with Winnie the Pooh and the gang as an imaginative young boy, he has now grown up. It seems that he has also forgotten all about his time in the woods and he’s lost his way.

More About the Film:

Now grown up, Christopher Robin is stuck in a job where he is overworked, underpaid and facing an uncertain future. He has a family of his own, but his work has become his life, leaving little time for his wife and daughter. Christopher has all but forgotten his idyllic childhood spent with a simple-minded, honey-loving stuffed bear and his friends.

But when he is reunited with Winnie-the-Pooh, now tattered and soiled from years of hugs and play, their friendship is rekindled, reminding Christopher of the endless days of childlike wonder and make believe that defined his youth, when doing nothing was considered the very best something.

Following an unfortunate mishap with Christopher Robin’s briefcase, Pooh and the rest of the gang including Piglet, Eeyore and Tigger, step out of the forest and venture into London to return the crucial possessions…because best friends will always be there for you.

One thing is for sure, I cannot wait to watch Christopher Robin. After all, he’s the one that taught me that, “You are braver than you believe, stronger than you seem, and smarter than you think.’

To me, that’s an amazing way to go through life.

Are you excited to see Christopher Robin?

Previous Post: « Your Baby Has a Cold: 8 Things to Do to Help
Next Post: Muppet Babies Are Back & Premieres on March 23! #DisneySMMC »

Inclusion is the new black. ✨⠀ ⠀ Regardless

Did you know the average phone is 10x dirtier than

🆆🅸🆃🅲🅷 way to the tricks and treats?

Spooky. 🦇⠀ ⠀ We are sticking close to home