Join our newsletter list to be the first to hear our latest news! Learn More
Home / Men's Lifestyle / Tips For a Successful Night Out with The Boys 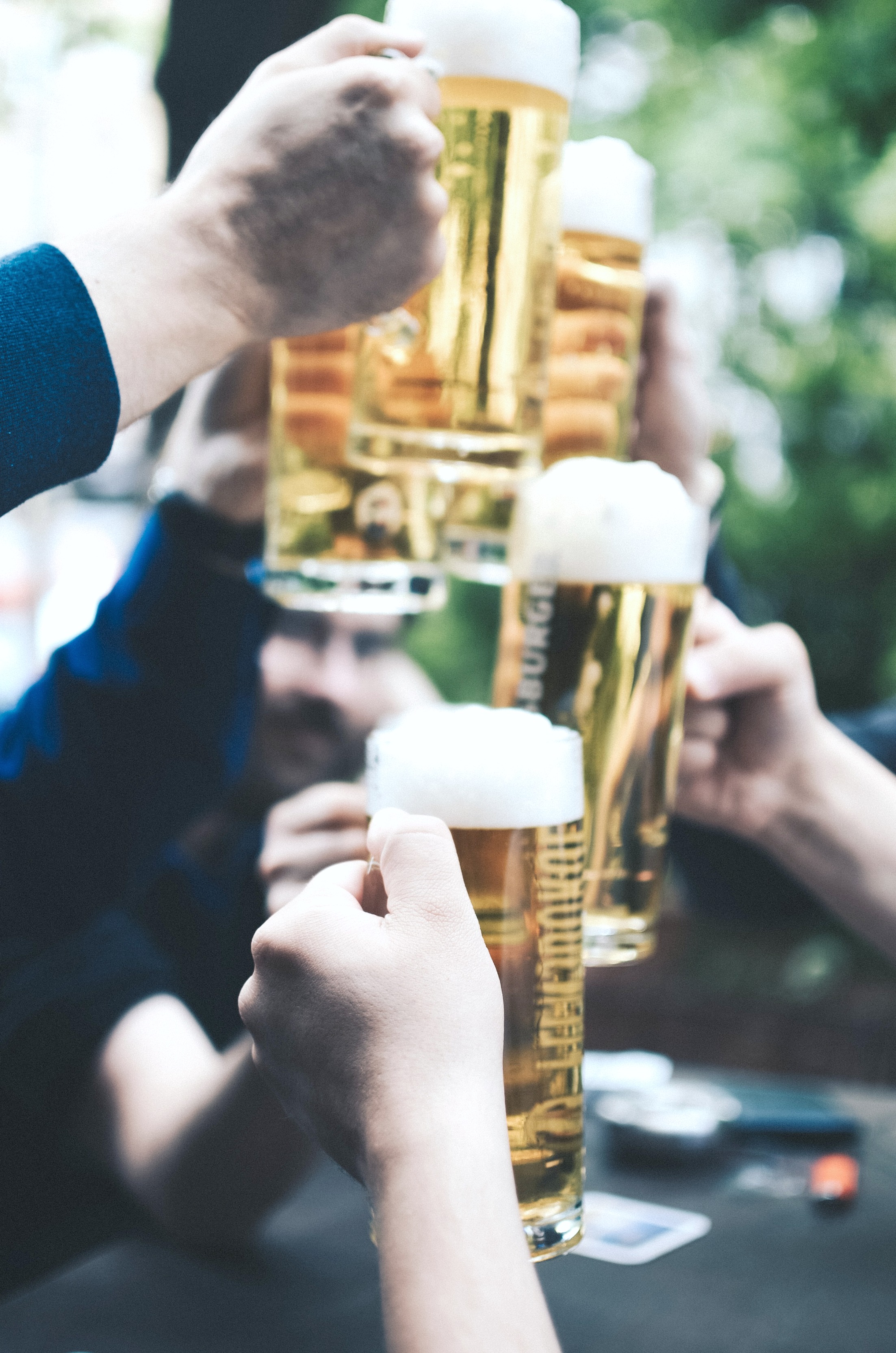 Tips For a Successful Night Out with The Boys

A famous phrase you may have heard is that we aren’t supposed to just pay bills and then die. At least, it’s something along those lines. Of course, we’re supposed to work in order to keep the wheel spinning and we need to get that money each week/month. But, there’s much more to life than that.

If you haven’t met up with the fellas in a while, chances are you are full-time adulting. When you were much younger, all you could think about was getting away from the adult stuff and just spend time with your buddies.

You weren’t really thinking about the responsibilities that laid ahead of you in adult life, you just wanted that rush of endorphins and/or adrenaline.

Nowadays, though? Well, you have a lot of important things to take care of. You have a separate life from your boys. Getting out isn’t the easiest thing in the world. It’s still pretty straightforward, obviously, but it’s not the same as years ago.

So, whether you’re new to this game, or whether it’s been a while and your mind is a little foggy, you’re going to want to know how best to enjoy a night out.

It’s very easy to a lot of dudes to head out and end up having a disastrous evening. These things are sometimes due to things like their own inability to figure out logistics.

Let’s run through what you should do before, during, and after.

Here are some tips for a successful night out with the boys.

Come Up With An Excuse To See Each Other

If you’re a young whipper-snapper with lots of free time, then you don’t have to worry about this kind of thing because you LIVE for the weekends and time off you have.

It’s a lot more difficult when you’re more mature and have lots of things going on.

Coming up with an excuse to see each other shouldn’t be too difficult, though! A sporting event, a belated birthday – whatever, you just up with something.

You don’t see your pals often, so get out of the house and see them.

Guys tend not to do this kind of thing. They tend to just meet up and go with the flow. Sometimes it works out, and they have a great time.

A lot of the time, however, they end up not knowing what to do and where to go.

They sometimes never even get started due to the lack of coordination.

Make a plan of action and stick with it. It doesn’t make anything strict or boring.

Research The Area If It’s Your First Time

If you’re heading off into a town that you’ve been around your whole life, then you’ll know the place like the back of your hand. But what about if you’re going to an entirely new town or city?

Well, you can chance your arm and go with the flow, but you might want to do a little reconnaissance beforehand.

Get to know the bars, clubs, roads, and all of that important stuff. You don’t want to get there and find yourself stuck somewhere.

Aren’t you going to want to look sharp? Some guys are cool with looking a little worse for wear, and that’s to be respected in a way, but most dudes would like to look presentable.

Hit up your local hairdresser or barber and get a fresh trim before your night out. Buy a new pair of jeans. Remember to go through your skincare routine in the days leading up. Remember to spray yourself with the cologne.

Keep protection handy – you know, to be safe, just in case you hit it off with someone. Of course, if you’re married, you can skip this step.

If you’re going to be drinking, then, please, don’t do it on an empty stomach. If you don’t know that by now, then please understand how much of a nightmare it can be.

Before you head out, make sure you get enough food in your belly to soak up the alcohol.

Getting a little tipsy nice and early is only fun if you need a little Dutch courage or you’re experienced in sinking alcoholic beverages.

It’s a growing problem in society today. People look at their phones WAY too much. It’s understandable because it’s an addiction, but it’s so weird seeing groups of people sitting around a table all staring at their phones.

Talk to each other. Talk to strangers and mingle – just stay away from that bright screen.

It’s a real mood killer and goes against all the tips for a successful night out with the boys.

If They Say Go Away – Go Away

See someone you like? Cool. Go talk to them. If they would like you to leave, then guess what you should do? Yes, you guessed it, exactly what they tell you.

Not everyone wants to be hit on – don’t be that guy.

If you have any worries about rejection, then just remember that being respectful and walking away with your chest out is one of the best things you can do.

Nobody cares that you struck out – they’ll care if you act up.

It’s good to know how you’re getting there and back, huh? One of the worst feelings is realizing that you’re stranded or that you know you have a huge walk home on the cards.

Make sure you know the numbers of taxi firms or that you have an Uber ready and waiting.

This is another mature and responsible part of the night, so make sure you have it sorted.

If you call an Uber, make sure everything’s good and proper before entering. You don’t want to have to get in touch with an Uber Accident Attorney after not preparing for the ride ahead.

This is easier said than done – especially for men. For some stupid reason, guys like to outdo each other in terms of machismo and toughness.

When you see an altercation, or if you get into a little fracas, just walk away.

Again, nobody cares if you don’t want to scrap with someone.

Hopefully, these tips will help you have a great night out with your friends. It’s been a while, enjoy it!

Do you have any tips for a successful night out with the boys?

Drop the comments below, peace! 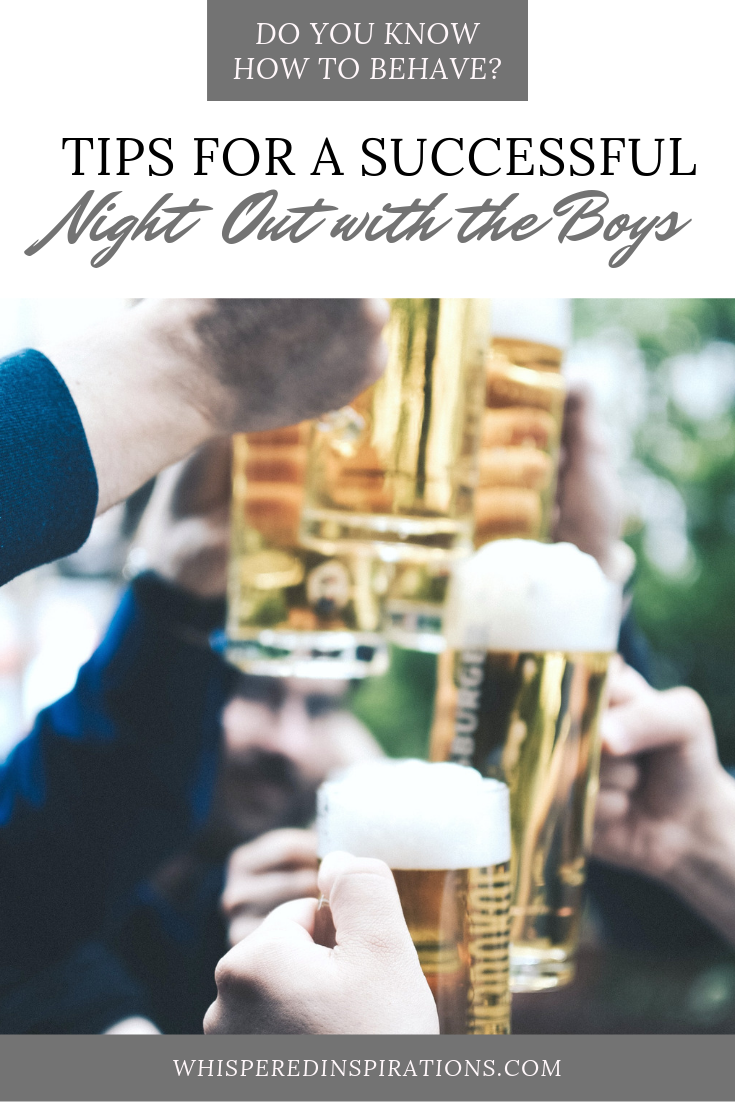 Darasak is the co-founder of Whispered Inspirations. Our assistant creative director that aids in developing content throughout the site. He assists in recipe creation and covers men’s lifestyle topics. You can get to know him a little better by checking out his Insta, @DChanz17. Follow his adventures and do not hesitate to reach out!

Previous Post: « Discover Your Heart Health with Beaumont’s Free Heart Risk Assessment
Next Post: Tips to Sell Your Home in the Winter »