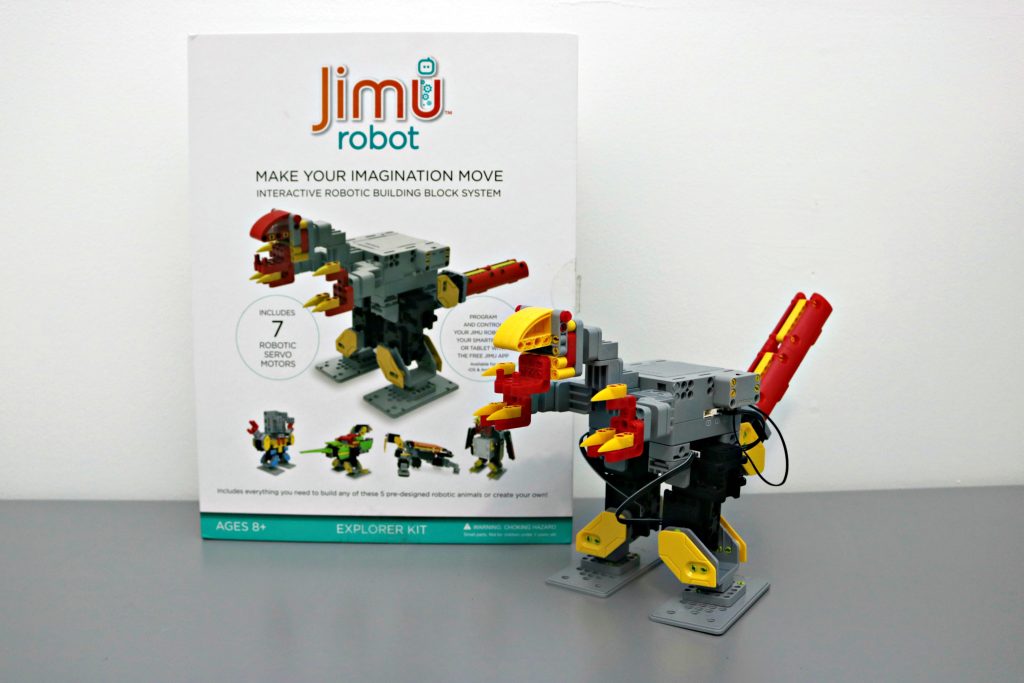 I think that we as humans have always had a fascination with technology. It is pretty evident with how fast it has developed over the last century.

I know that we have all been intrigued by the possibility of robots with AI. Like the first time we saw ‘Forbidden Planet’ or witnessed the freak accident of electrocution of a “Short Circuit” robot coming to life. Then again, there’s the adorable Wall-E we all love!

When I had the chance to try to create and operate my own robot, I jumped at the chance. Being able to share that curiosity and teach my kids to create something is a toy that I want to give. Seriously, the Ubtech Jimu Robot is one of the coolest toys to hit the market!

When you use the Ubtech’s Jimu Robot Explorer Kit, you can create a humanoid robot that’s uniquely yours. It so versatile you can turn it into various different models like a MeeBot, Penguin, Seal, Parrot, Tankbot and so much more. If that’s not your style, you can make your own creations. Of course, the Jimu Robot does not arrive all assembled, but that’s the best part. 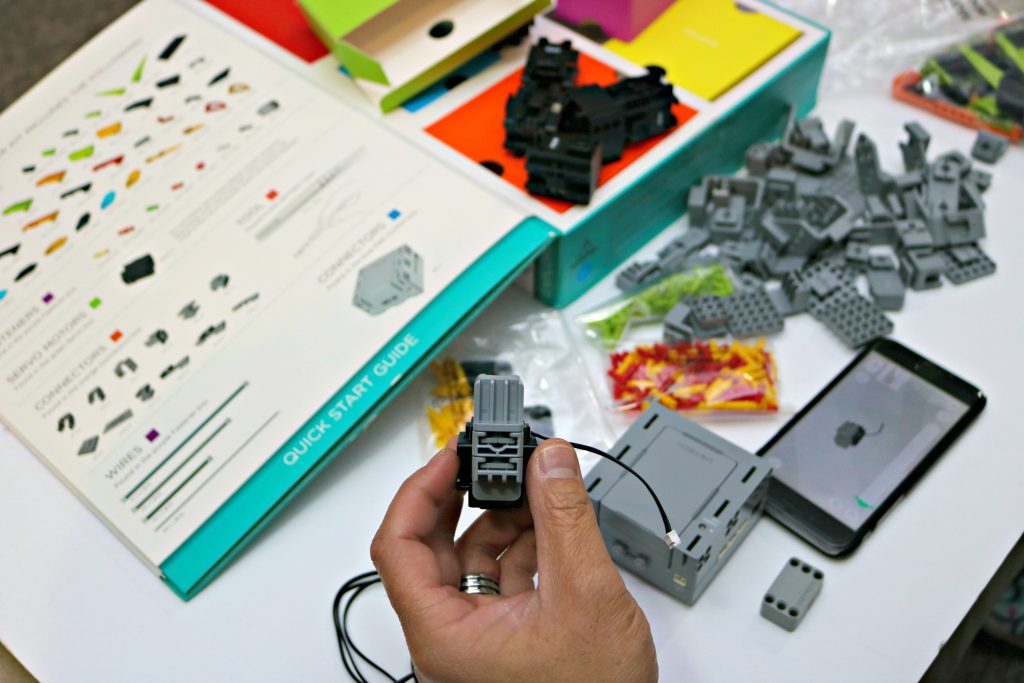 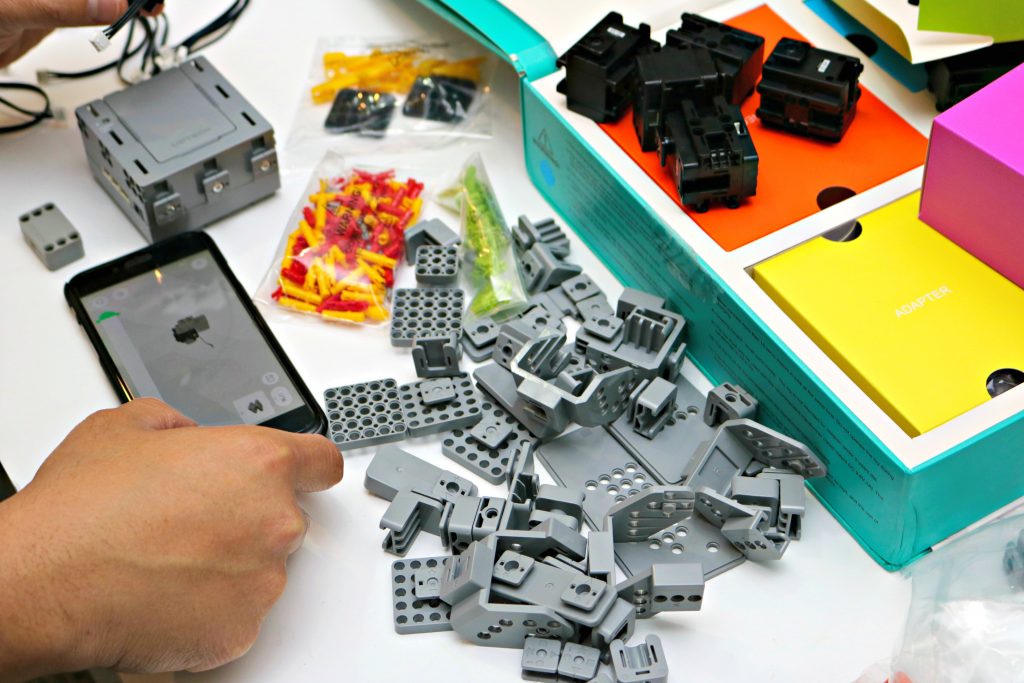 We were able to create and build it in just an hour or so. With the Jimu app, you can access a 3D video guide on how to assemble your Jimu Robot and tons of pre-programmed actions for each robot model.

All that we needed to do after we opened the box was download and launch the free Jimu Robot app and follow the easy 3-D instructions.  We decided to build a T-Rex and we just clicked on the model and we were able to access how to build it, actions, coding and the controller.

All of the pieces of Jimu snapped together quite nicely and we didn’t need any tools to complete him. Once we finished building the T-Rex Robot, we were able to use the apps function and planned a sequence of actions for him to do. We can even take pictures and animated videos of him and post them in the Jimu Robot Community.

The Jimu Robot Community is a great place to spend time exploring all of the other Jimu Robots that have been created. I noticed that some people went beyond the basic programs and designed their own with more elaborate poses and actions, which was fun to see and watch. We are hoping to learn a bit more before we take the plunge past the more primary models. 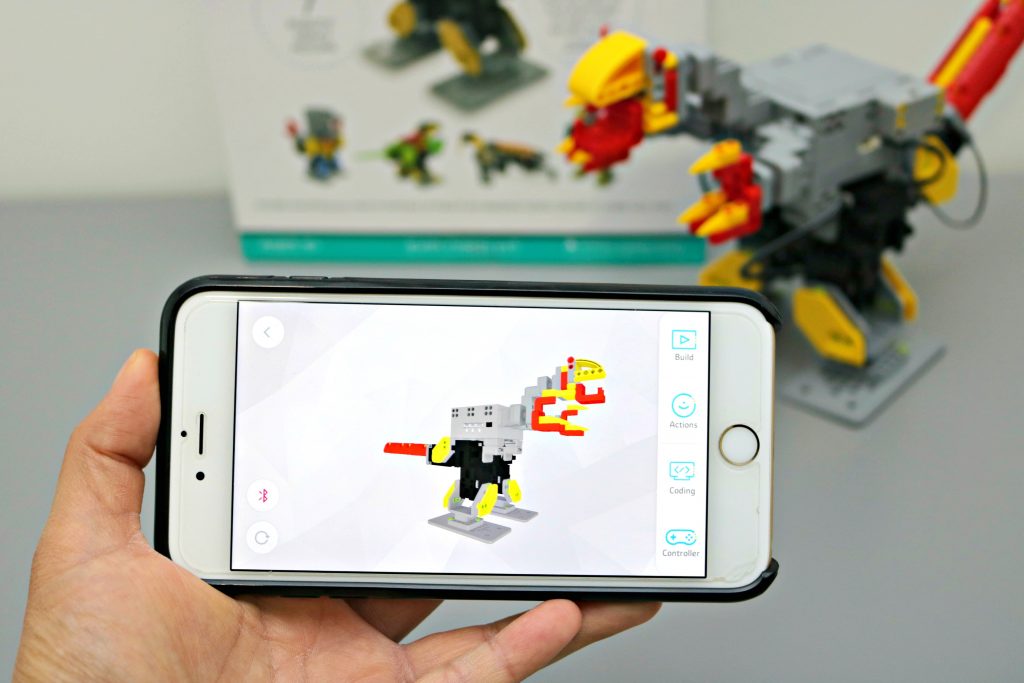 Besides the 201 pieces that I needed in order to assemble Jimu, I also received six smooth motion servo motors, a main control box, battery and charger.  The battery charges quickly and there is a Bluetooth option that will come in handy in the future. Obviously, it needs a way to connect to our devices so that we can control our humanoid robot!

I just know that we will have a lot of fun in the coming months as we try different models and try to create our own. Plus, being able to learn more from the people in the Jimu Robot Community is a bonus!

The Jimu Robot makes a perfect gift for kids 8 and up and anyone who has a love of robotics and fun! I know they will love to find this toy under the tree!

Have you ever wanted to build a robot?

Previous Post: « There’s A Fun and Safe New Trampoline Available in Your Area!
Next Post: Treats for Toys: A Galactic Holiday Baking Idea + Help Give a Child a Toy! #TreatsForToys »

You're not getting older, you're just becoming a c