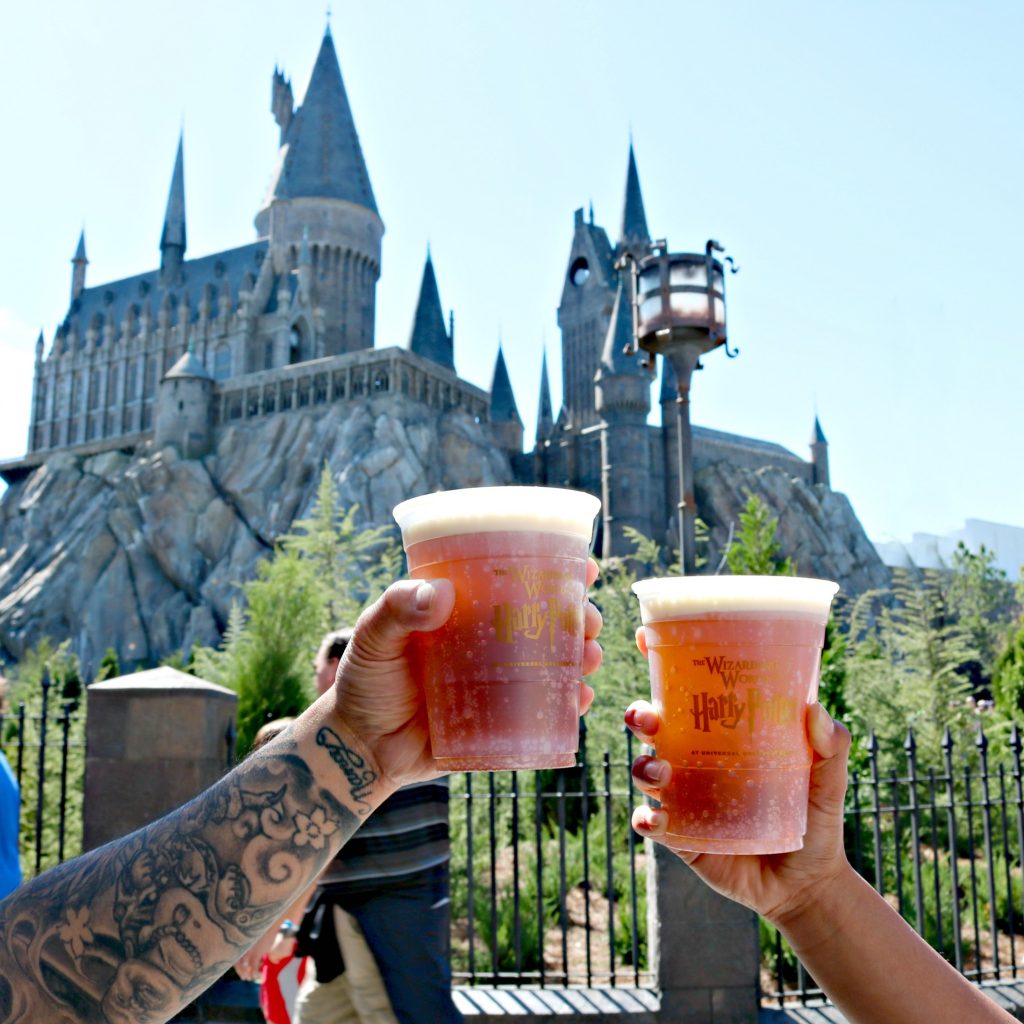 The Wizarding World of Harry Potter.

If you are a fan of Harry Potter, you will be blown away by the Wizarding World of Harry Potter at Universal Studios Orlando Resorts. It is like stepping into the pages of the books and walking into a scene from the movies.

Whether you are a wizard or a muggle, you need to find your way to the amazing experiences that Universal Studios has to offer the Potter fan in you.

Universal Orlando consists of two parks: Universal Studios and Islands of Adventure. If you’ve been following along, you would have read my tips to help you see both parks in one day and what you can experience at CityWalk. Read on to see what the Wizarding World of Harry Potter has in store for you! 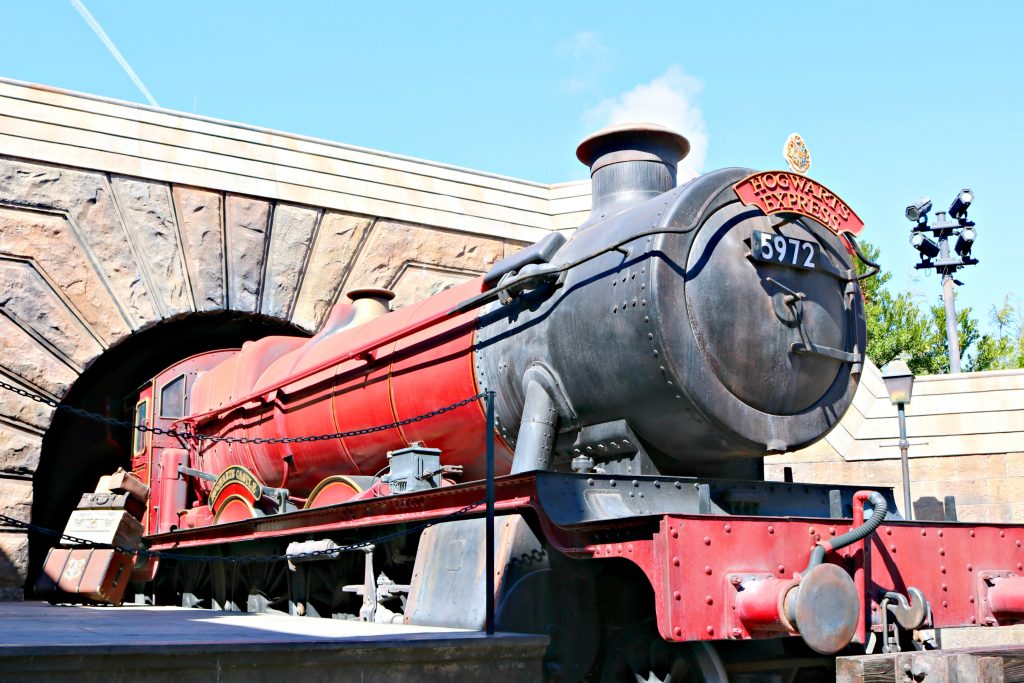 Fun in Both Parks.

Has your mind exploded yet? Stepping into Hogsmeade and Diagon Alley is the most immersed fantasy experiences for kids. You could totally spend the entire day at The Wizarding World of Harry Potter since there is so much you can do.

As aforementioned,  it can be experienced in both parks with Hogsmeade in Universal’s Islands of Adventure and Diagon Alley in Universal Studios and Orlando, Florida. If your kids are major Potterheads, well, you’re going to want to make time to spend here. 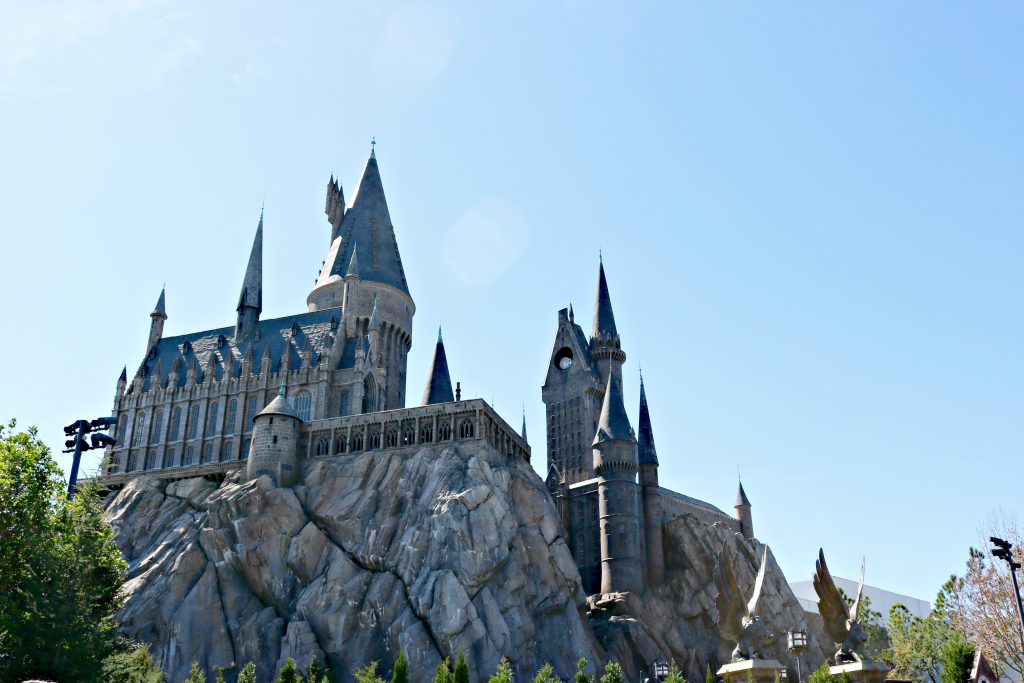 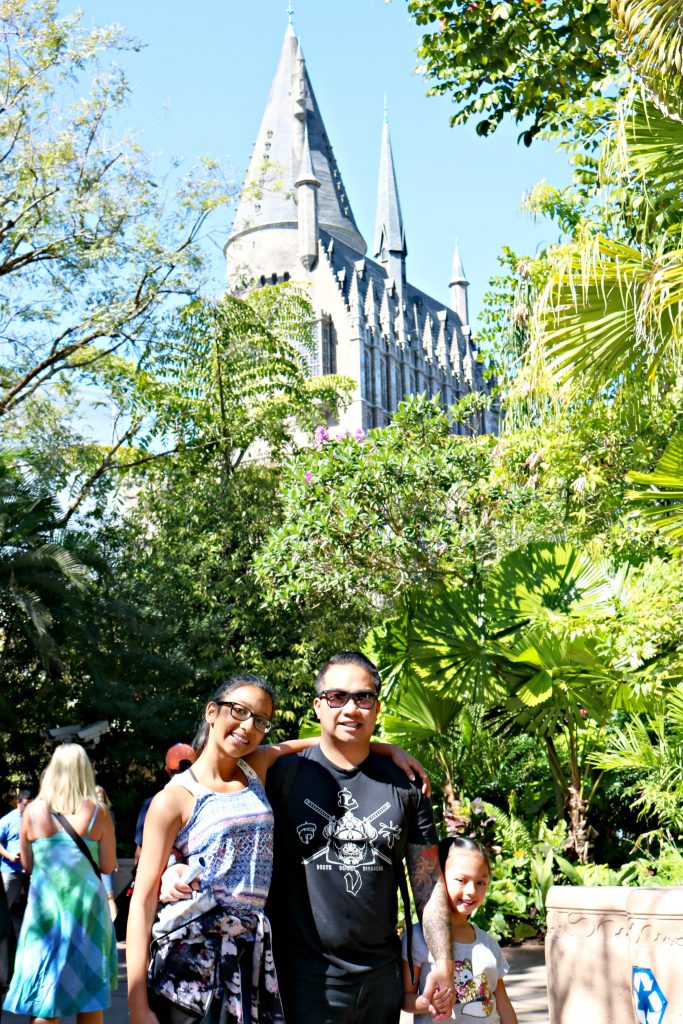 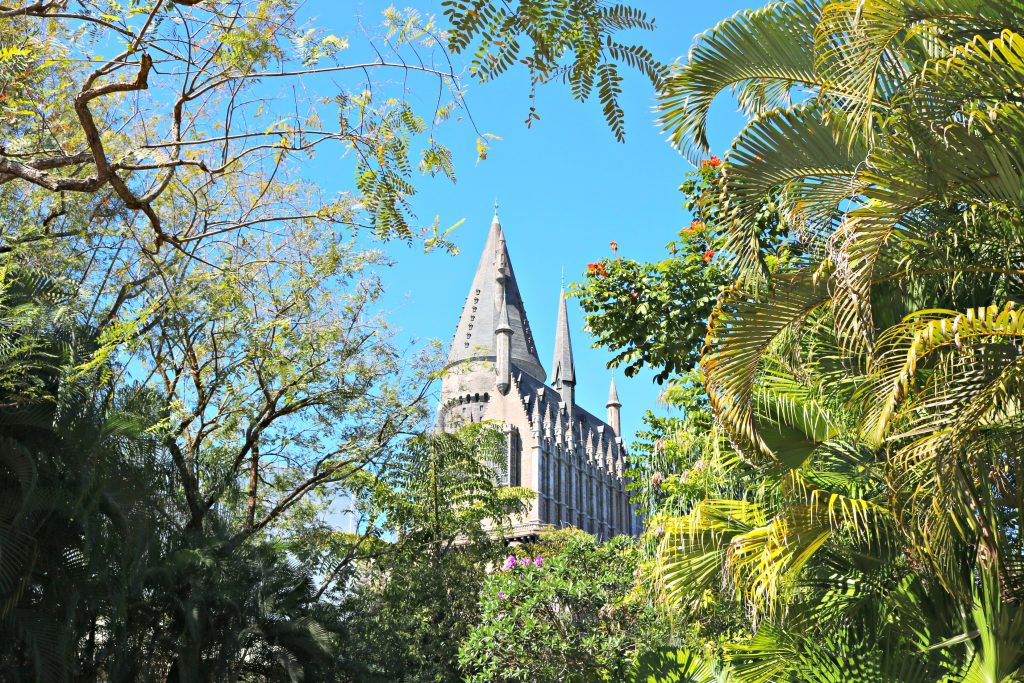 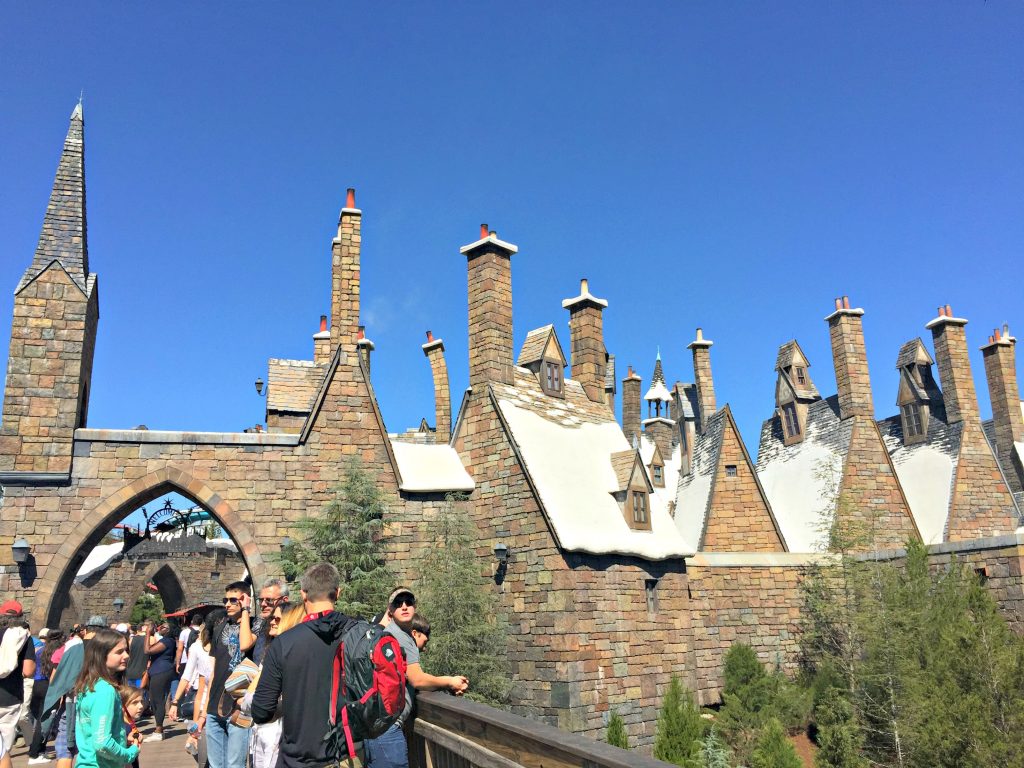 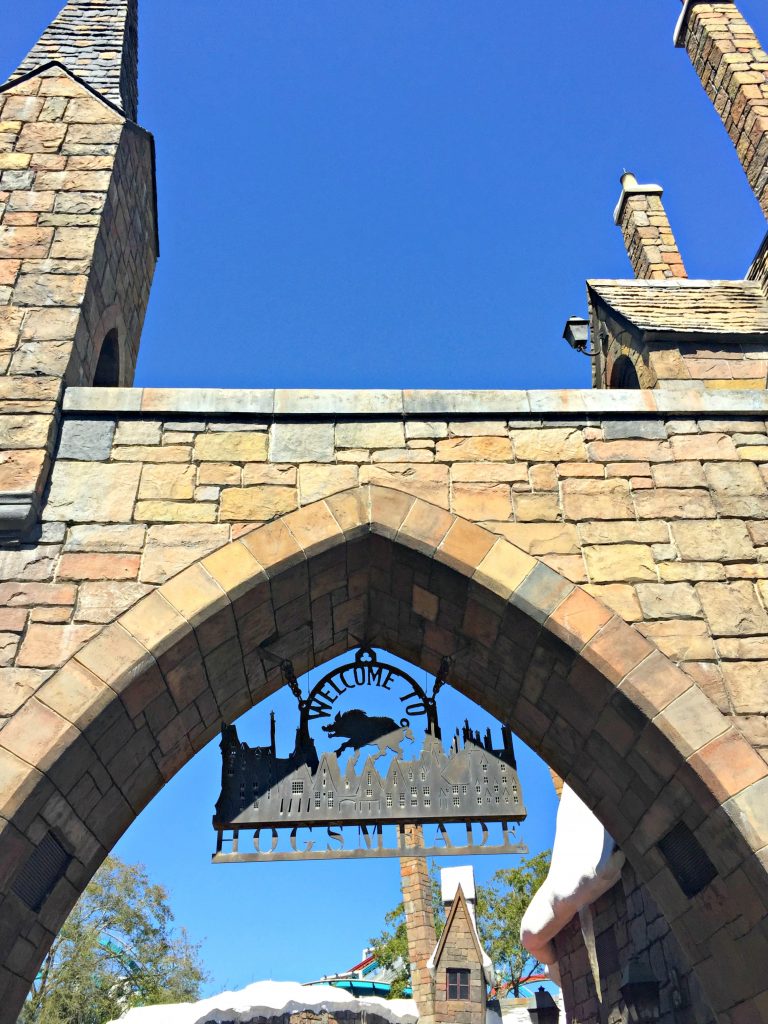 We walked through the Islands of Adventure and arrived at Hogsmeade. Before we passed through the arch of the entrance, we were blown away by seeing Hogwarts peeking through the trees. I think we all squealed a bit. You can hear the normal chatter of a busy park but, in the distance, you can hear the familiar music of the Frog Choir from the wizarding world that you’ve only heard on the big screen.

You can dine at the Three Broomsticks, swoop past Hagrid’s hut on the flight of the Hippogriff, and shop for sweets at Honeydukes. Then, discover the mysteries of Hogwarts as you wander through the classrooms and corridors, and soar above the castle with Harry Potter on the groundbreaking ride, Harry Potter and the Forbidden Journey. 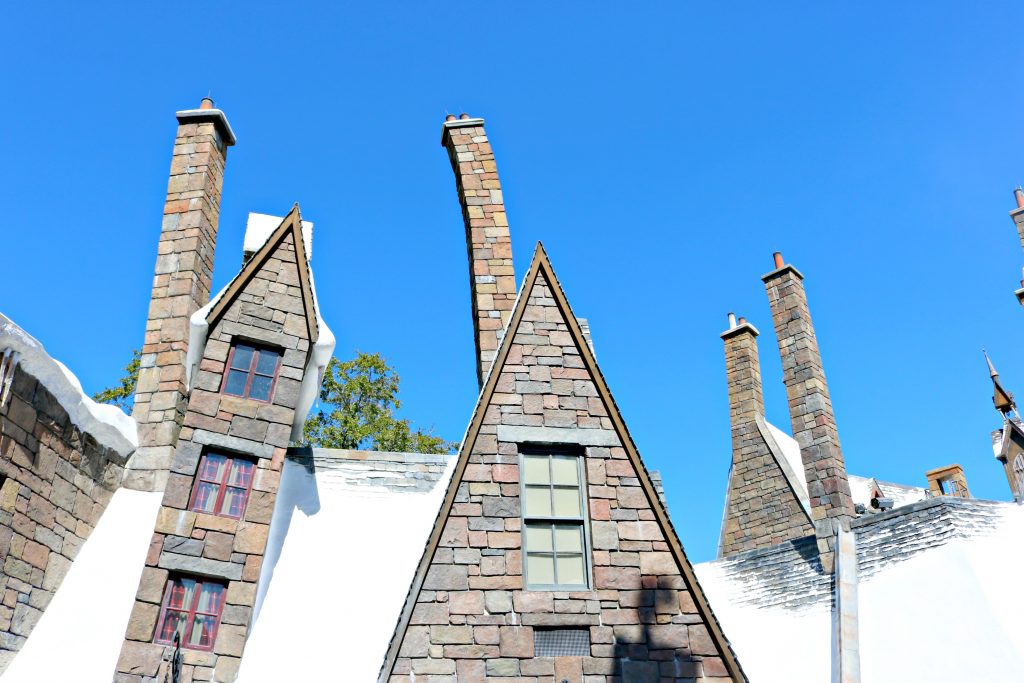 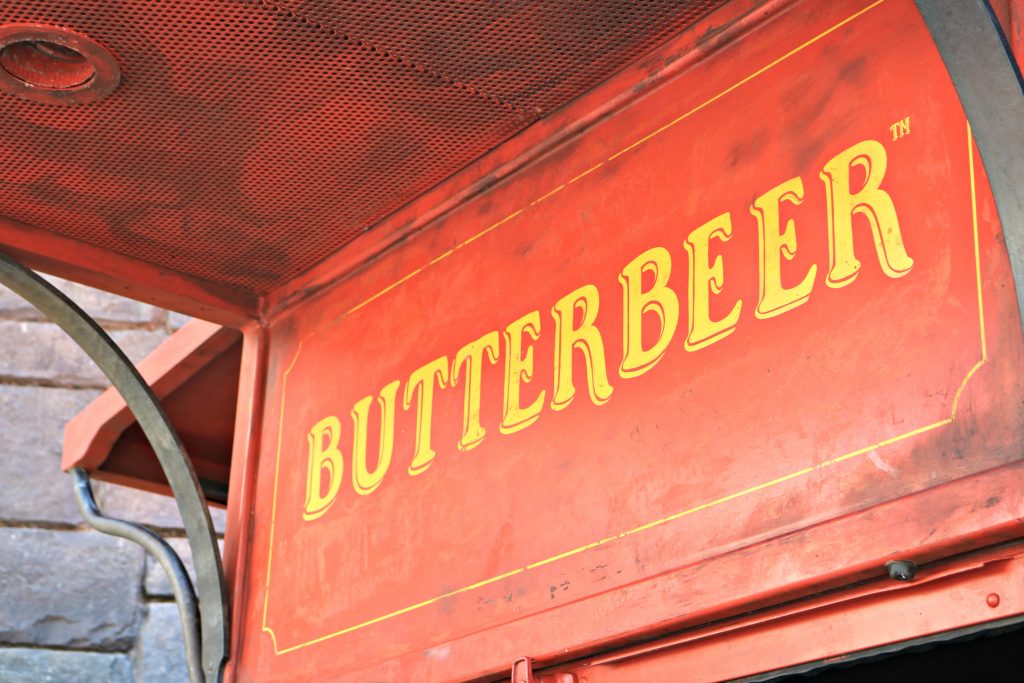 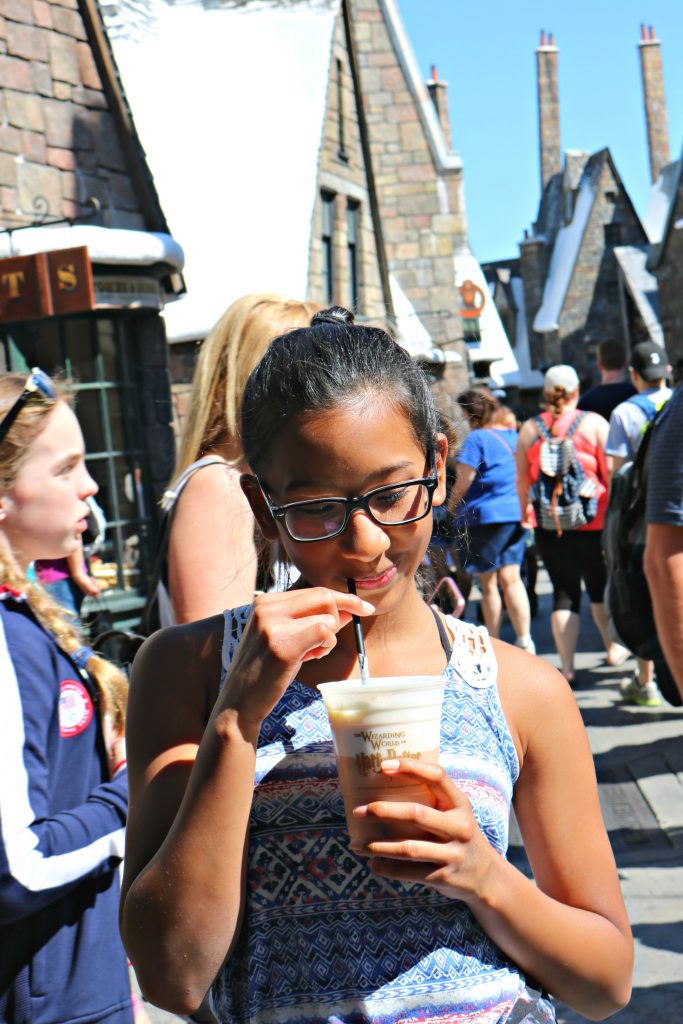 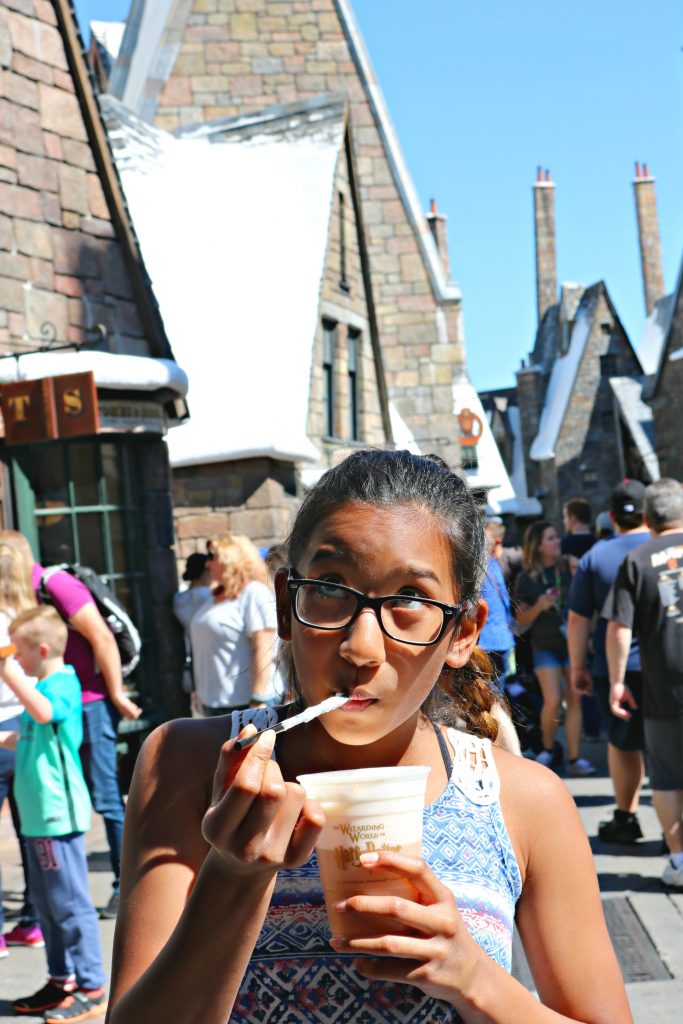 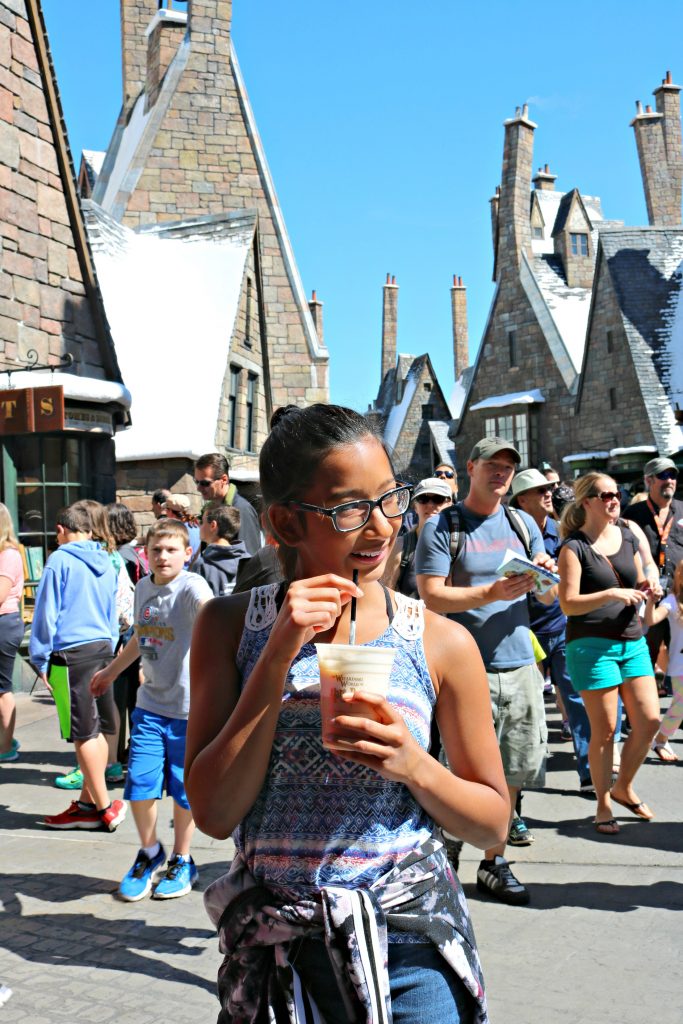 One of the things that we wanted to do when we planned our visit to Universal Studios Orlando was to try the ambrosial treat that is butterbeer. Naturally, it was the first thing we did when we entered Hogsmeade.

We preferred to get it nice and cold and let me tell you, it was INCREDIBLE. You can get butterbeer cold, frozen or hot and I can guarantee that you’ll love it in any form! As you can see, the girls loved it and it was an experience that they only ever imagined.

What to Eat and Drink: 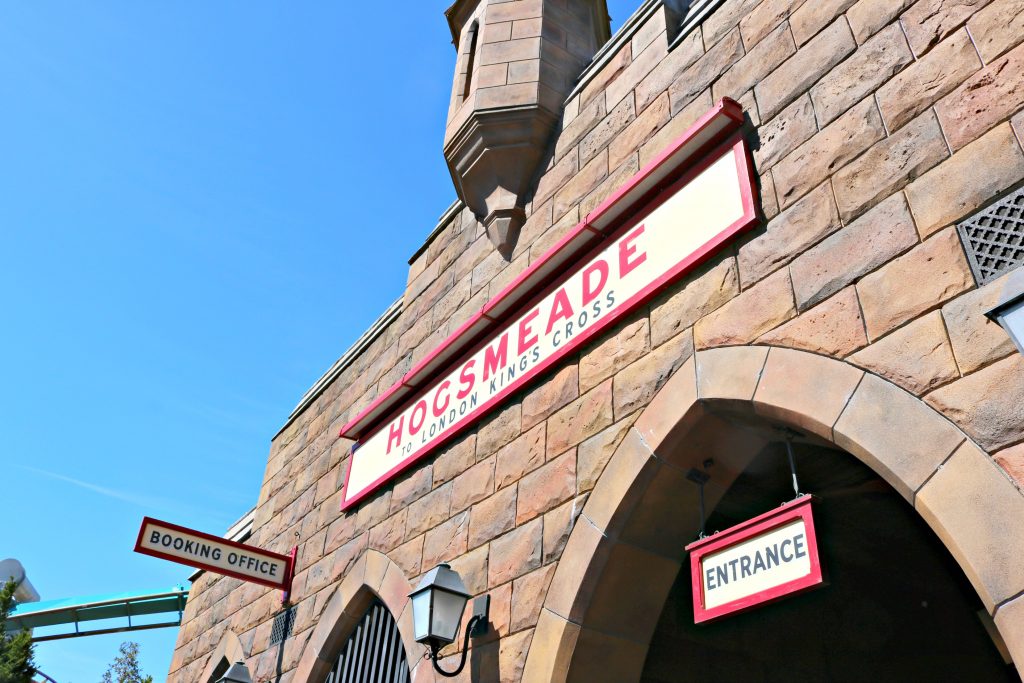 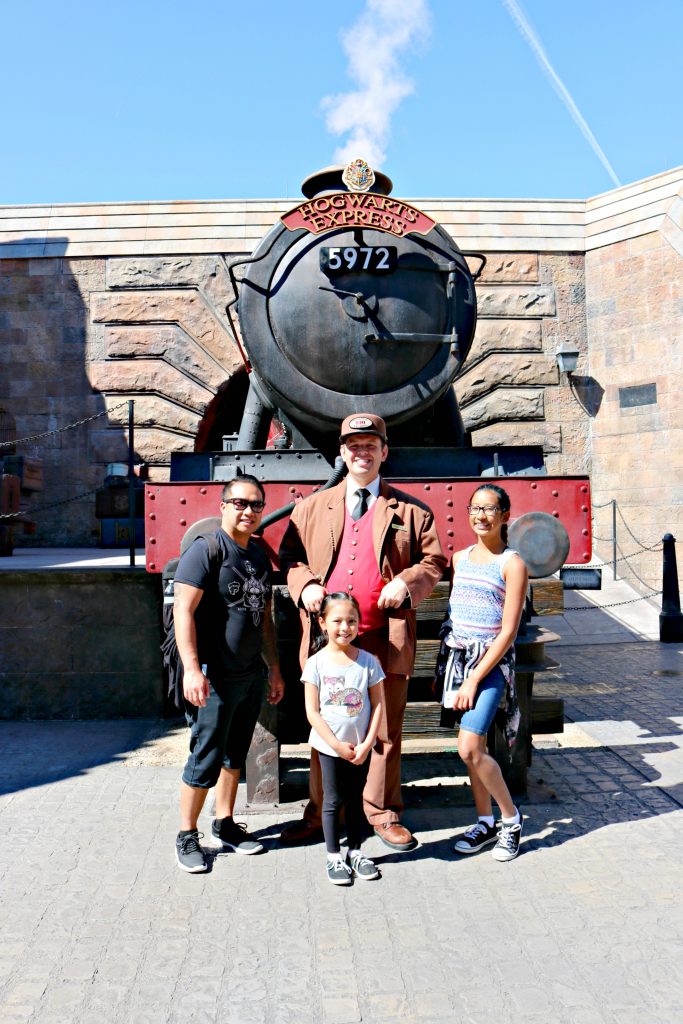 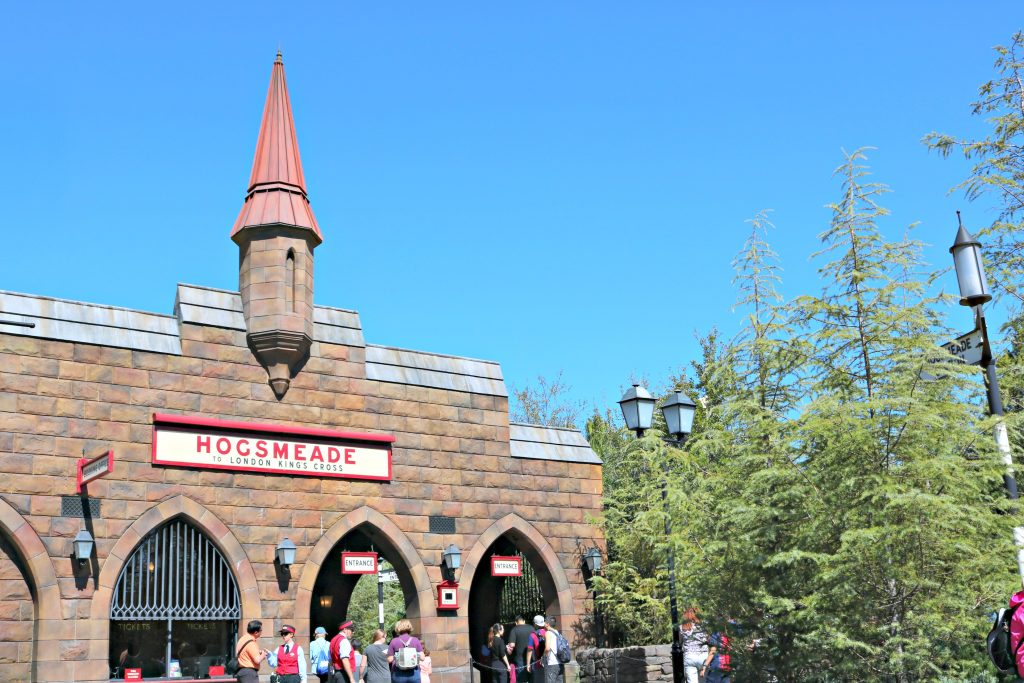 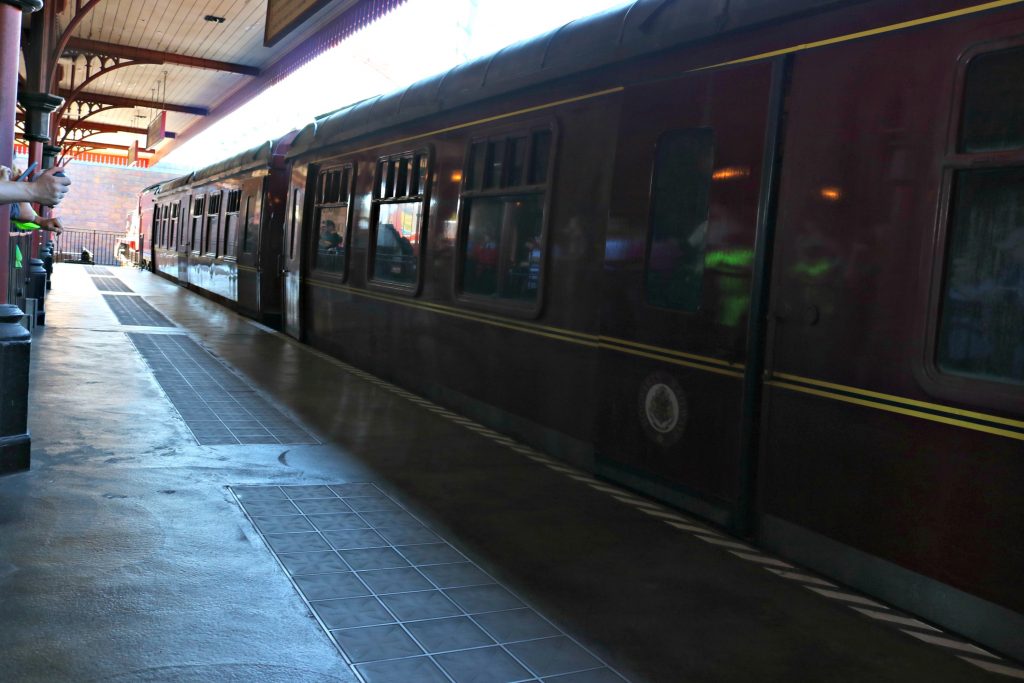 All Aboard the Hogwarts Express!

Before you ride the Hogwarts Express from Hogsmeade to London, head to Hogsmeade Station inside Universal’s Islands of Adventure. You’ll need a Park-to-Park admission ticket to board and ride the train.

The ride there was a magical experience. To actually hop aboard the Hogwarts Express and ride on the train is every Potterhead’s dream. Especially when the next stop was Diagon Alley. The ride itself is not too long and not too short but, there is never a dull moment. 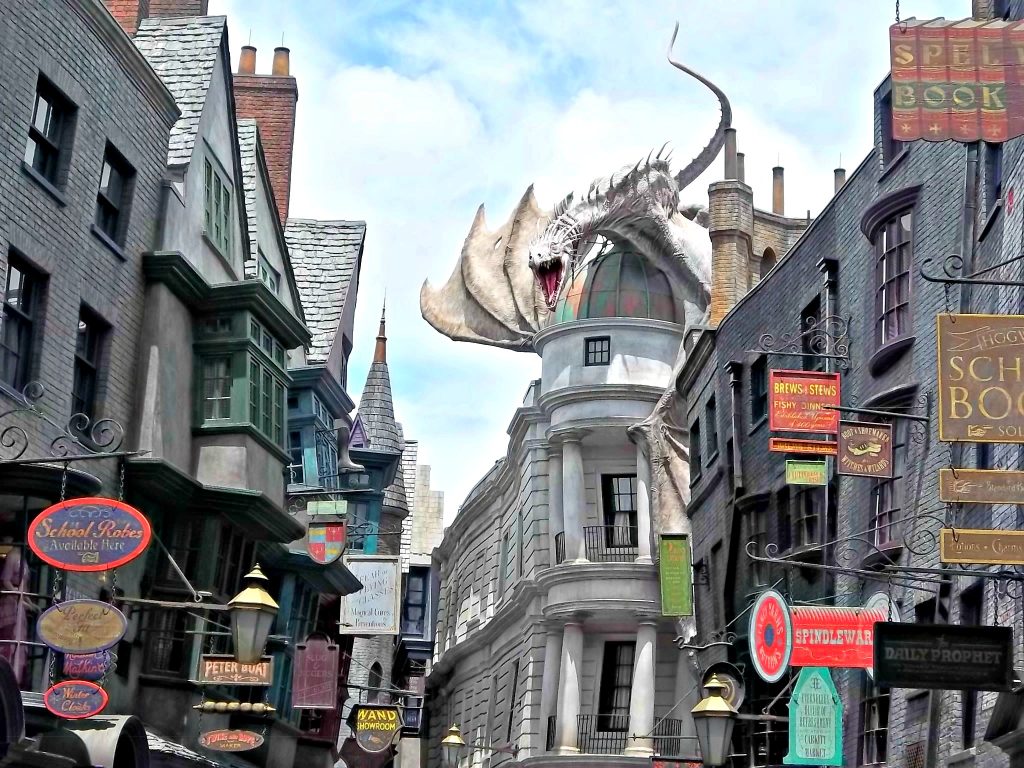 When you arrive in London, pop around the corner to find the secret entryway into Diagon Alley. The girls wanted to head over to Ollivanders to pick a wand, actually, the better phrase would be to have a wand pick them.

Inside Ollivanders’ towering walls, thousands of boxes are revealed and are stacked to the ceiling. Within each box, a wand is waiting to choose its wizard. Purchase your unique wand, wand sets, character wand replicas, or buy an Interactive Wand and cast spells to create amazing magical experiences throughout Diagon Alley and Hogsmeade. 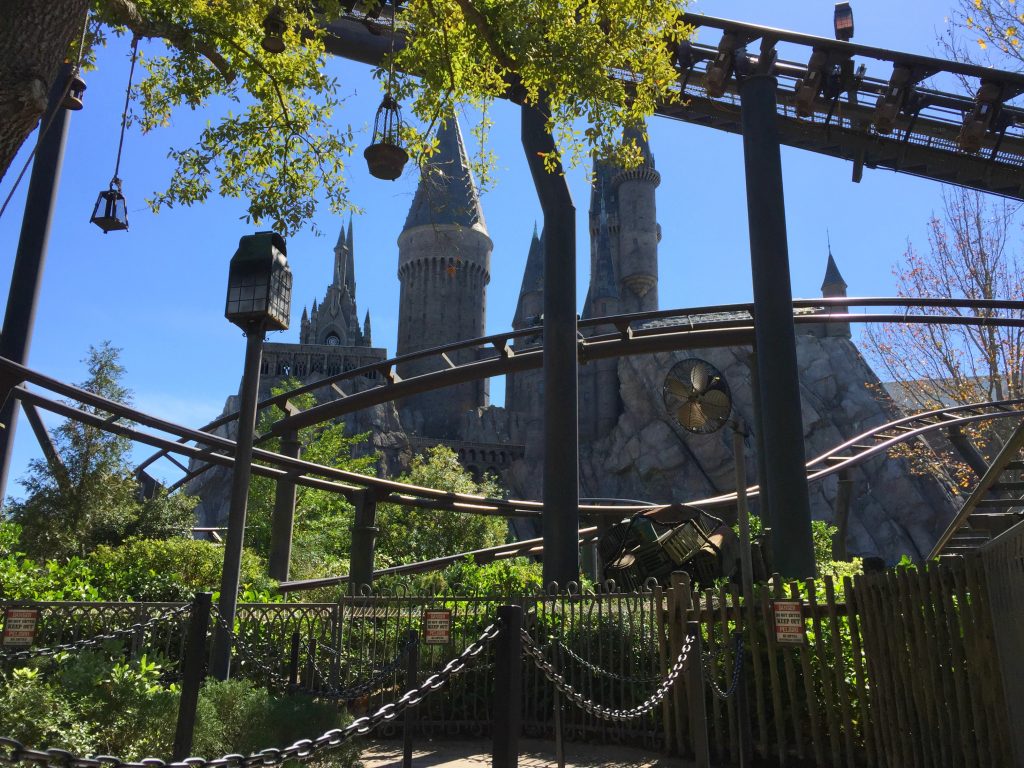 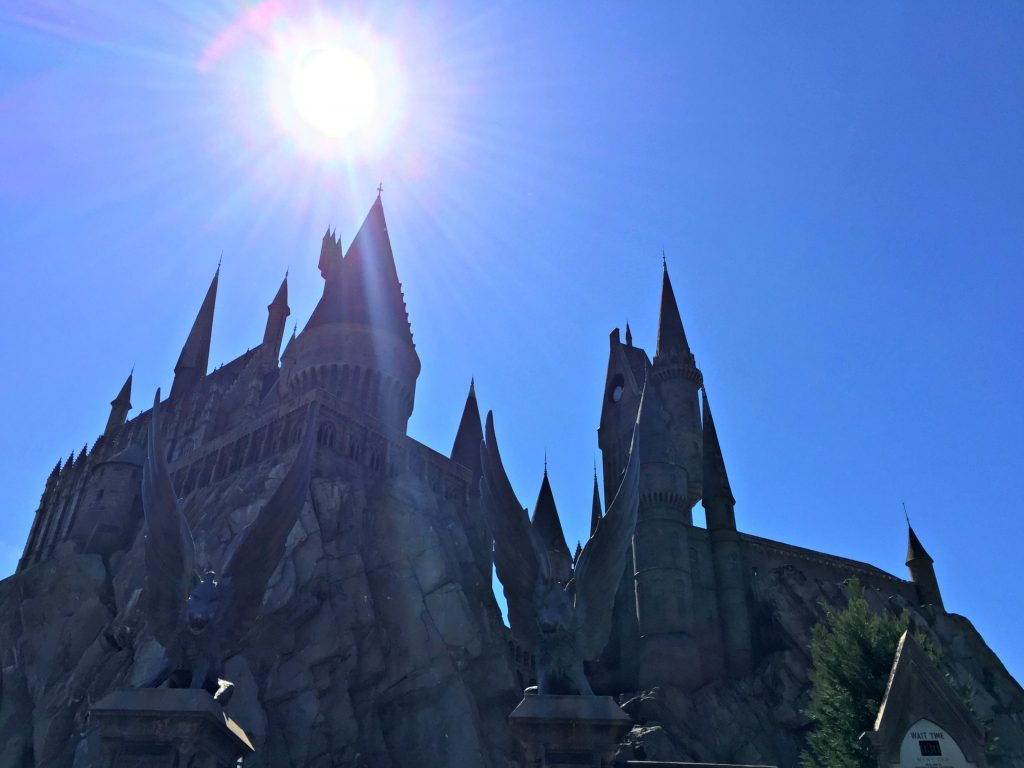 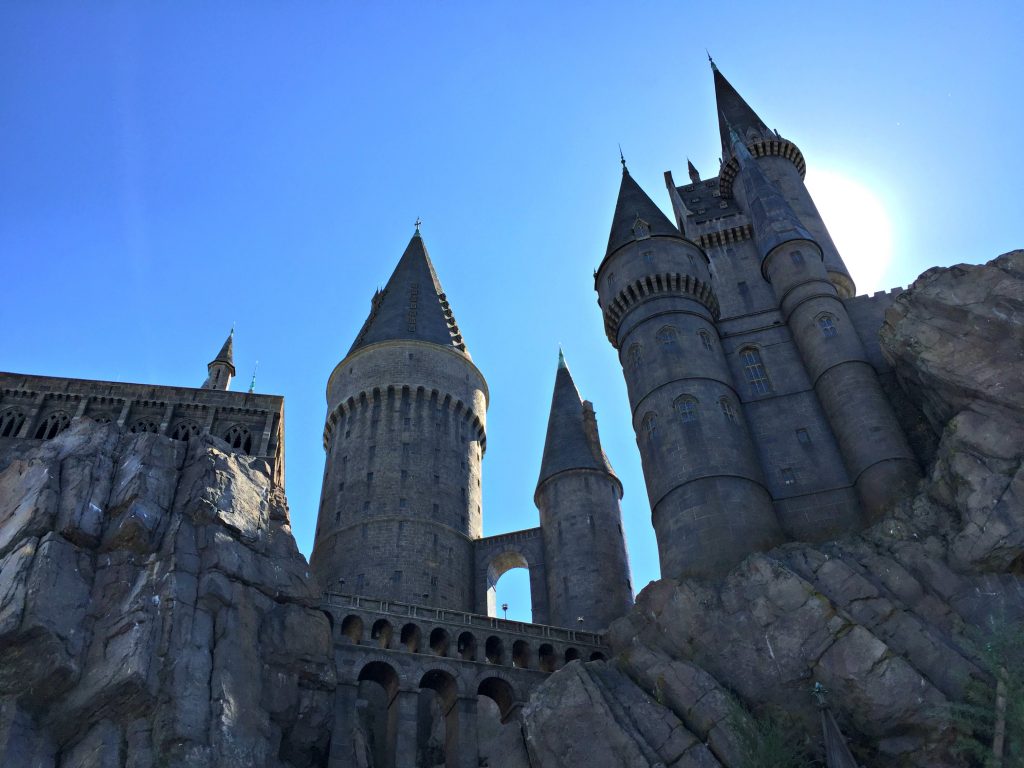 There are so many things to see and do in the Wizarding World of Harry Potter. Most importantly, the rides are spectacular and are quite popular. I mentioned using your Express passes while you are in Universal but, just know that it excludes some of these rides. We took advantage of the Express passes for the Flight of the Hippogriff. But, let me tell you, the other Harry Potter rides are worth the wait!

Listed below are some of the top-most interesting rides both for kids and adults: 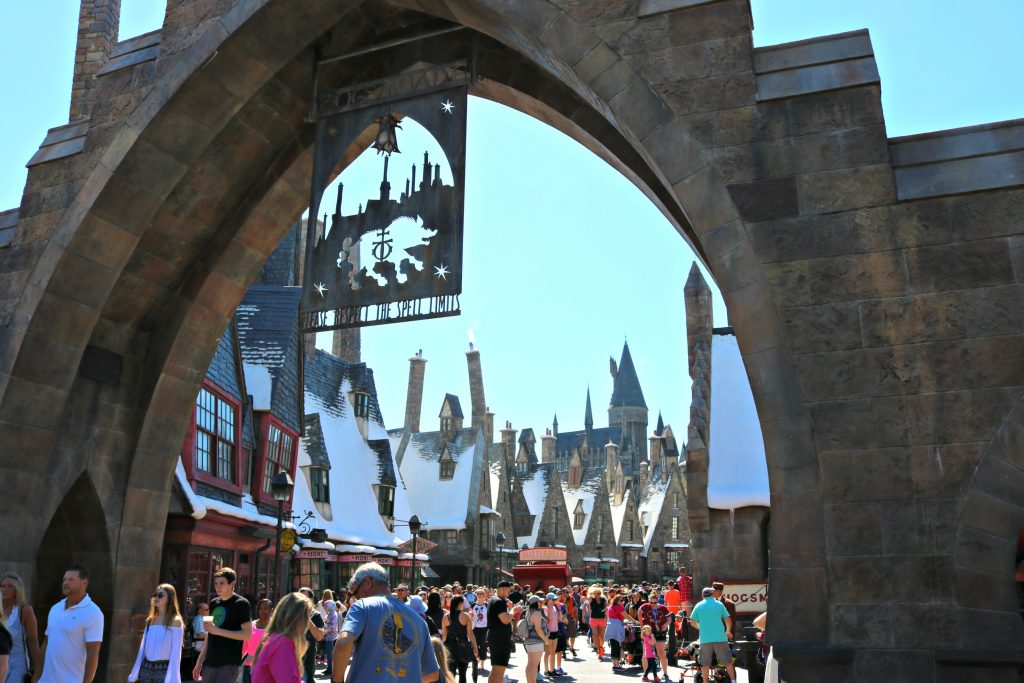 Stay for a Spell.

Needless to say, exploring the Wizarding World of Harry Potter is everything you imagined and more. Since we visited other parts of the park, we didn’t spend as much time as we hoped. Mind you, we spent a good time here. Next time, it will be a full-day for sure!

For more information about the parks and to get your tickets, visit Universal Studios Orlando! Need a place to stay? Check out our experience at Cabana Bay Beach Resort.

By chance, if you are going to be spending one day at the parks, these Universal Studios first-timer tips will help you to make the most of your visit. Plus, check out all the fun and entertainment at CityWalk. No admission required!

Are you a Harry Potter fan? 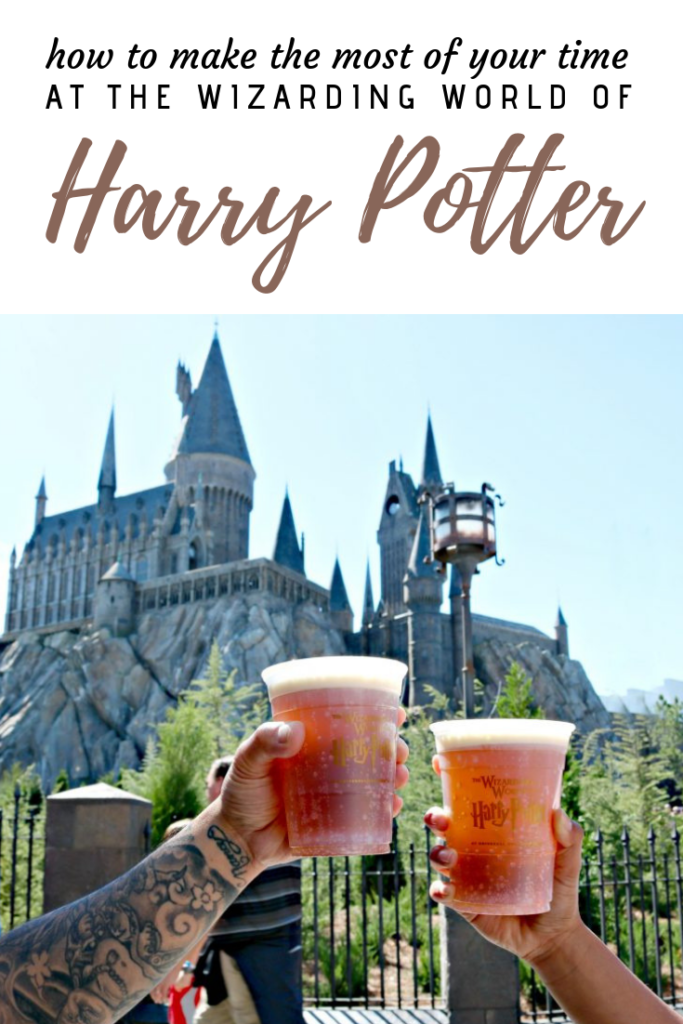 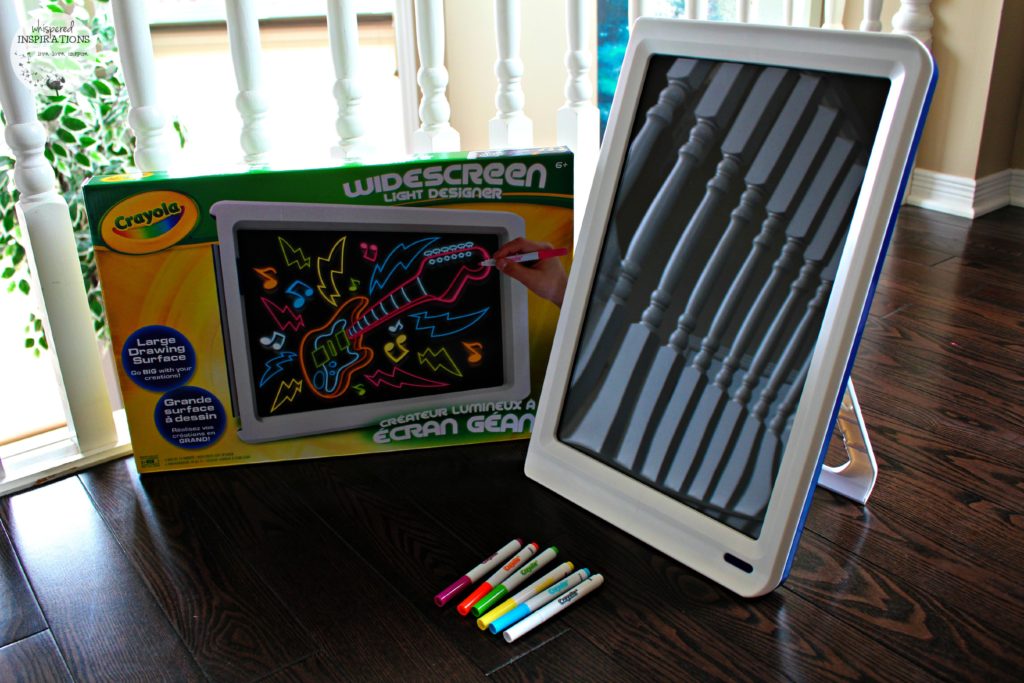 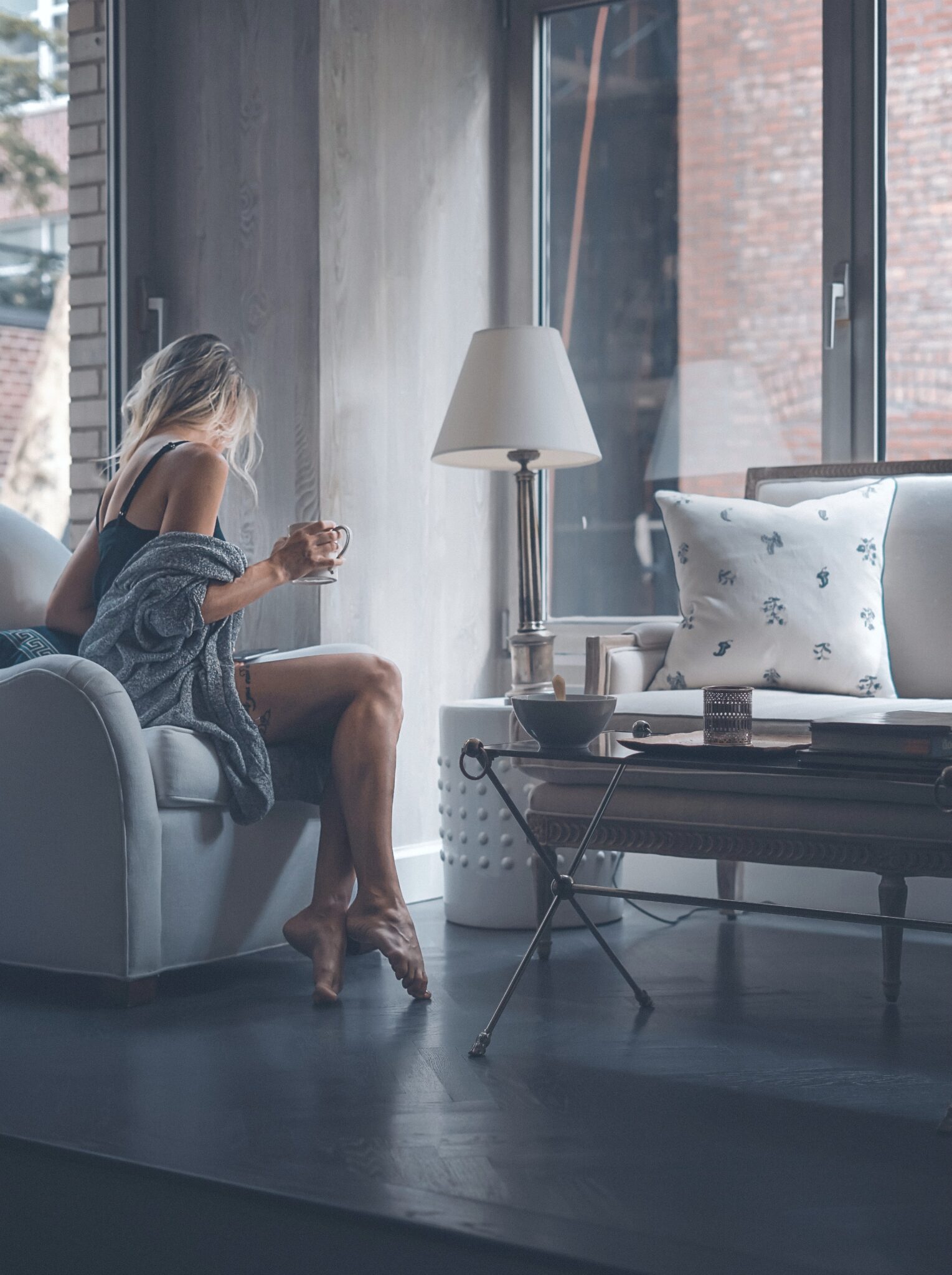 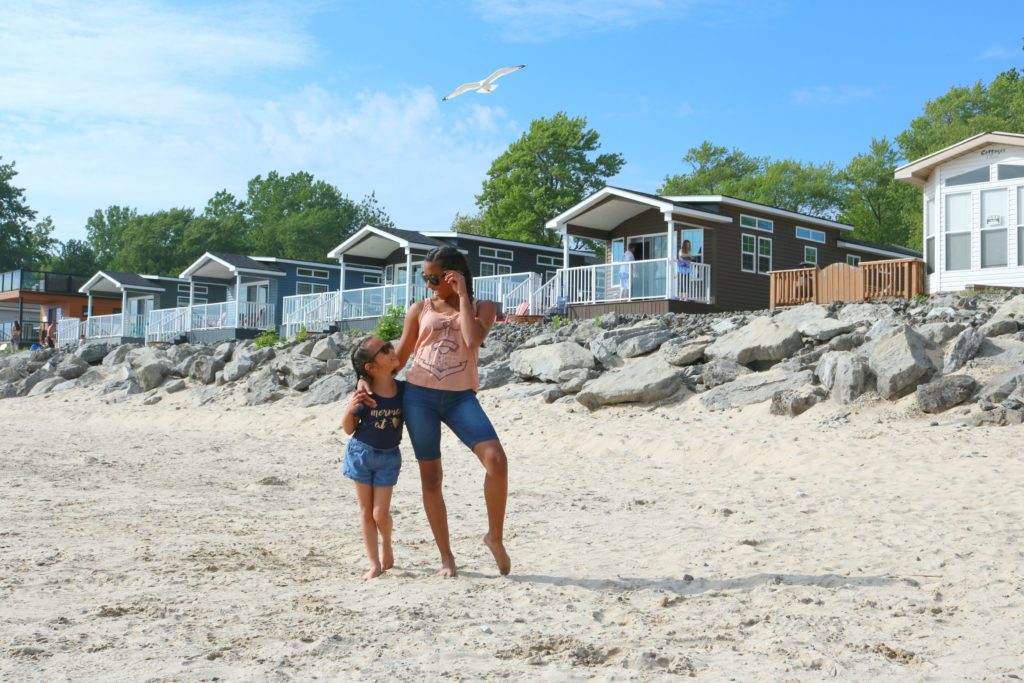 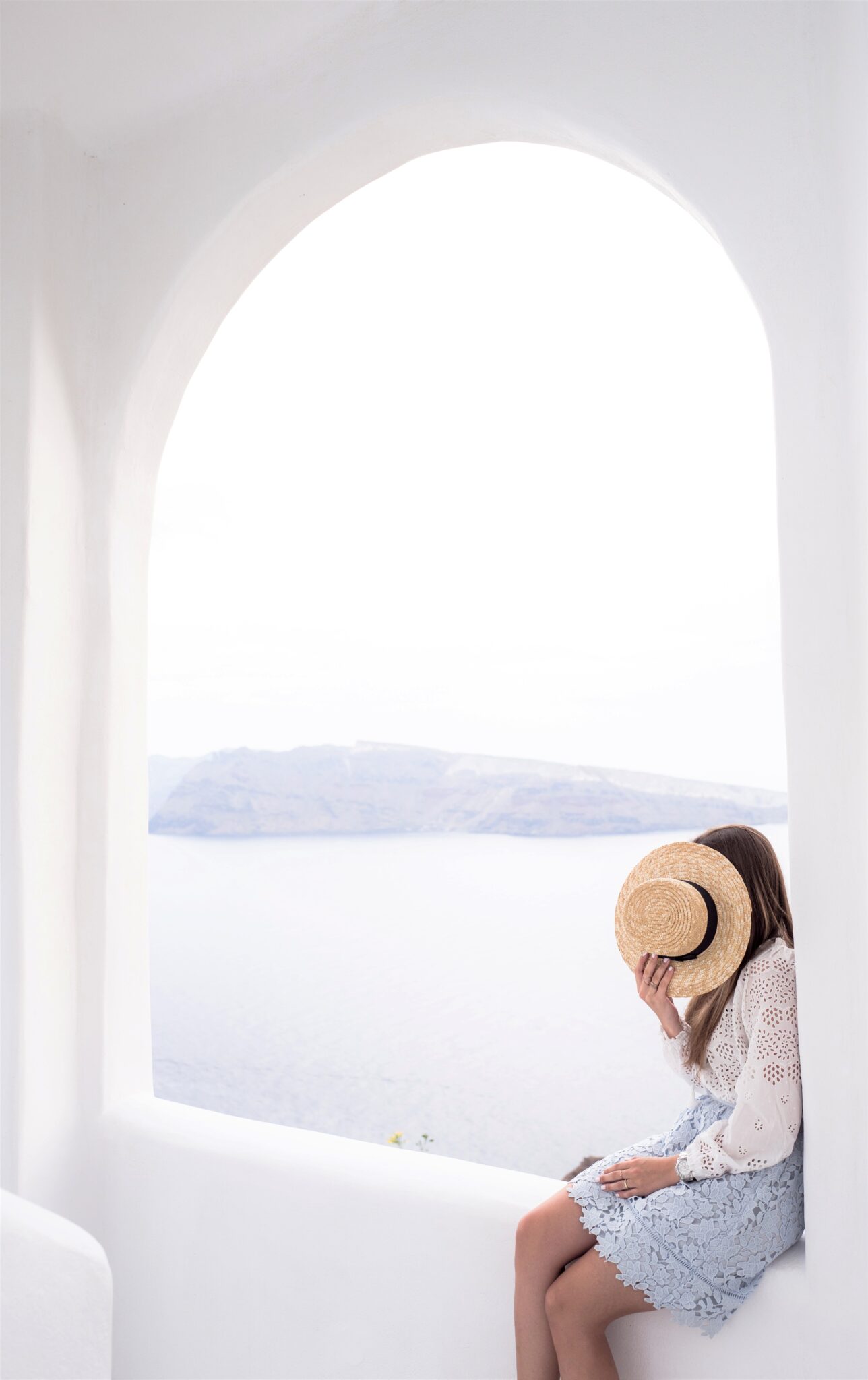 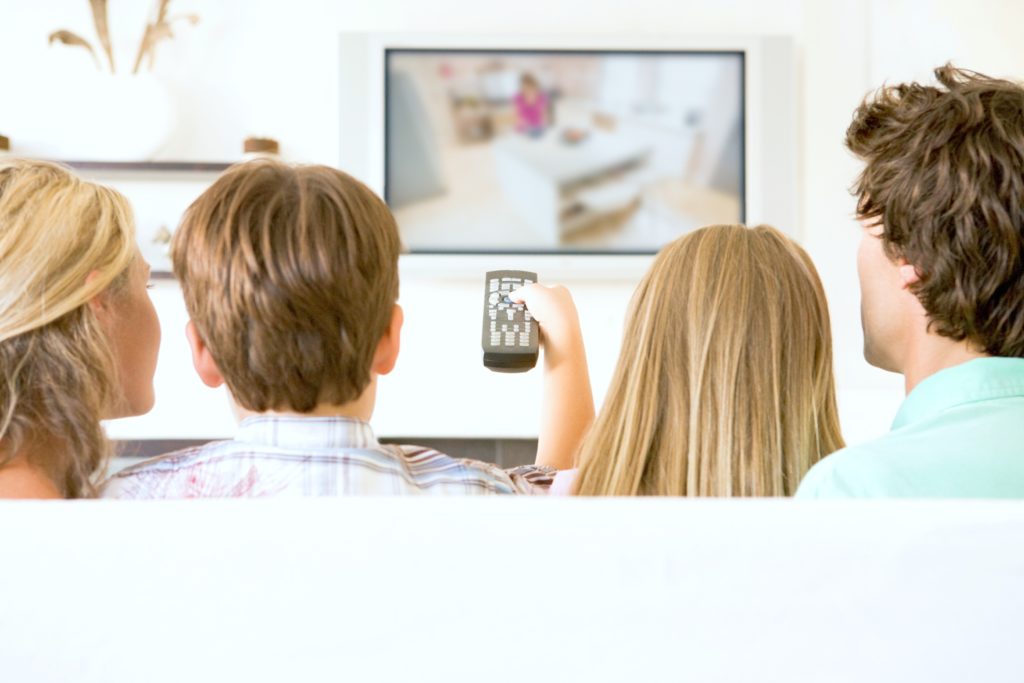 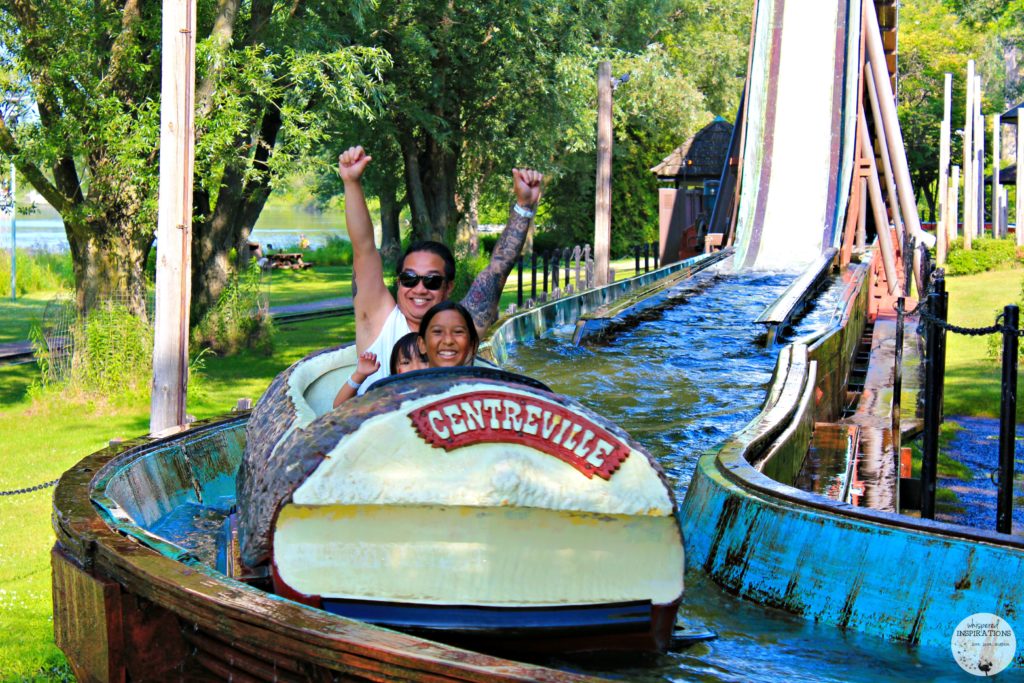