If you have yet to hear, singer/songwriter Amy Winehouse was found dead in her $4 million dollar London home.

Another artist lost to a vicious cycle of drug and alcohol abuse.

Amy goes down as another artist to join the 27 club, along with Jim Morrison, Jimi Hendrix, Janis Joplin, Brian Jones, Kurt Cobain and more. All whom have met a tragic and similar fate at the age of 27 due to drug and alcohol abuse.

Though her autopsy results have ruled her death as unexplained, the world already blames her long battle with drugs. Toxicology results in a few weeks will hopefully reveal the truth. She is set to be laid to rest on Tuesday at an unknown location amongst friends and family.

Claims that Winehouse has become one of the “greats” is arguable to many but, her talent is undeniable. It’s simply a shame that she was never able to share with the world her artistry being in good health and in sound mind. She left behind a legacy (her Back in Black album won her 5 Grammys) and unfortunately, she has joined a long list of artists who have met the same fate. While Tony Bennett called her extraordinary and celebrities all voice their sympathies, Josh Groban worded it perfectly.

“Drugs took her gift, her soul, her light, long before they took her life. RIP Amy” — Josh Groban

I recently watched her live performance in Belgrade on June 18th of this year and Winehouse appeared under the influence, distraught, confused, SAD. If this isn’t a cry for help, I don’t know what is.

It’s appalling to me how many people mock death, even if she was set on a path of self-destruction she is still a human being and she was someone’s family member. I saw how devastated her parents were at the news of her death and can only imagine how they are feeling now. They showed their gratitude to those who gathered at Winehouse’s Camden home graciously too.

I would think things would be much different had it been one of their loved ones dying. People are so insensitive until they themselves experience the very same loss.

She was a light that had been extinguished by something that eventually became out of her control.

I don’t know why her death has affected me so much, to be honest, I mean any loss of life saddens me but, with Winehouse it was only a matter if time.

Though it did not come as a surprise it is still so gosh darn sad.

I can’t say that I was a big fan of hers, though her song ‘Rehab’ and ‘You Know I’m No Good’ is on my iPod list. She captivated me with her contralto vocals and her vintage tunes and she brought back an era and style of which no one my age ever experienced.

Well, the thing is, what bothers me the most is– how many more people have to die and fall victim to addiction? I think that is what bother me the most about her. She was talented, intrinsically and uniquely beautiful. 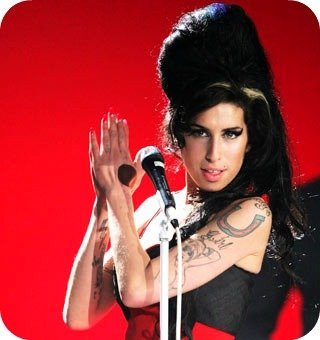 So, RIP Amy–it’s a damn shame the world couldn’t see your full potential for years to come.

What are your thoughts on Winehouse’s death? Are you affected or do you think she did herself in and find it hard to feel sympathy?

Previous Post: « 6 Tips to Stay Cool and Safe in The Heat!
Next Post: NKOTBSB Cleveland Concert and Road-Trip to Chicago! »