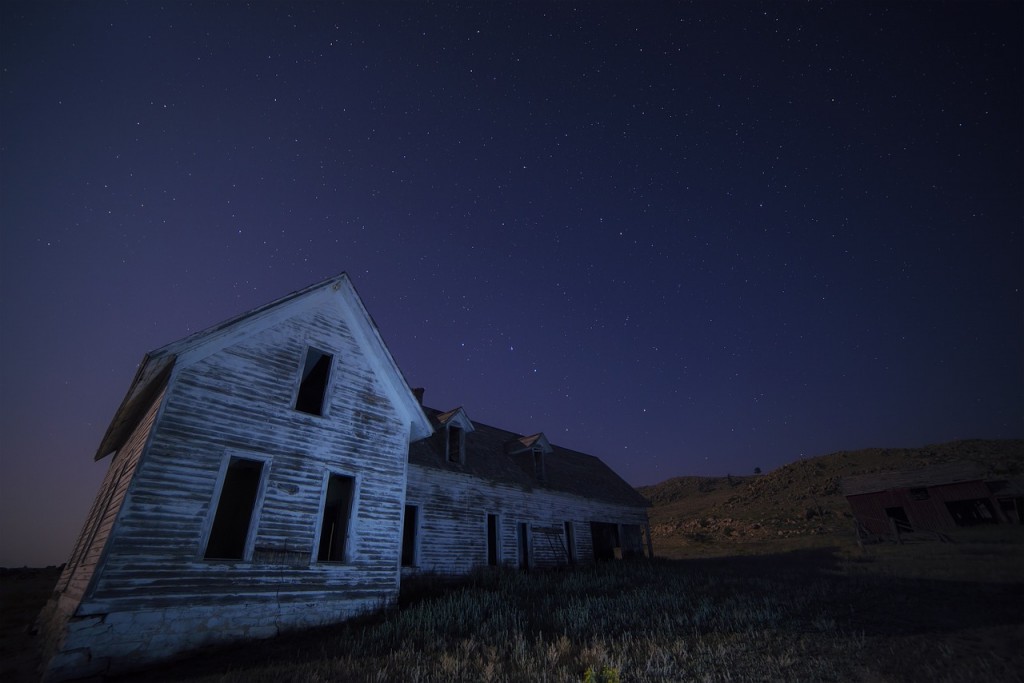 Is There Such a Thing?

Now, I’m not one to believe in ghosts and whenever I heard people saying they’ve seen eerie things or worse, people who have already passed, I thought it to be ridiculous.

Well, I believe once a person dies, they die. That’s my belief anyhow and I’ve always thought that there had to be a perfectly rational reason behind these occurrences.

That is until a few things happened to me that made me reconsider the existence of spirits. That in fact, they do exist. Whether or not it is people who have passed, I don’t know, but whoever or whatever they are, they are here.

I had offered to house sit for a pair of psychos people who I used to be friends with while they went on a week-long trip. Anyway, I had offered to watch the house for them considering that their neighborhood isn’t the greatest or safest at that. With them being gone that long, their house would probably be looted or vandalized. LOL. Either way that was the girl’s preoccupation and thoughts, not mine.

(Come to think of it, NOT one of my brightest ideas.)

Anyway, during this time I was still singing in my dad’s band. Needless to say that I had quite a few band practices that I needed to attend and this week, in particular, I was to attend 2.

I spent my first day there with Gabs, watching TV and after a while, it got really boring and quiet. After having watched the same movie with Gabs for the 5th time, I took a look around and noticed that the house was extremely dirty, unkempt and needed a cleaning. In fact, it was always that way. So, I spent the first day cleaning the house from roof to ceiling because Lord knows, it needed it.

(Ahh, the things we do for friends.)

I made dinner and then watched a bit of TV with Gabs, once bedtime came around we settled in a room upstairs that had an extra bed. We shut the light off and cuddled in the bed. Laying for a few minutes in silence, I suddenly felt a bit of pressure radiate from the foot of the bed. It felt like someone had sat down nearly missing my feet.

Gabriella shot up in bed, hysterically screaming and pointing towards the corner of the room. She then threw herself under the covers. Immediately, I threw the lights on and I was trying to comfort her. All she could do was point to the corner, breathe hysterically and I noticed that the room was remarkably freezing.

At this point, quite frankly, I started to feel uneasy and thought back to minutes earlier where I had felt something at the foot of the bed that I had brushed off. Now it was freezing cold and my 2 year-old was screaming about seeing something at the corner of the room and I had felt like someone sat at the foot of the bed. The thermostat read somewhere in the neighborhood of the low 30’s now that I remember.

Of course, there was nothing or no one there. Only the temperature had dropped and here I had a kid frightened to all heck, I’m starting to feel uneasy dude.

Especially considering that she had never reacted this way, I’m starting to think twice about being in this house. Well, we slept with the lights on and not much sleep was had, since at that point, I was still slightly skeptical and just brushed it off.

The next morning, I got Gabs ready to bring home to my mom because I had my first band practice of the week that afternoon. I dropped Gabriella off and went to practice for a few hours. I picked Gabriella up and headed back to continue “house-sitting”.  It was the winter months, so there was snow on the ground and I parked at the back of the house and entered through this weird shed looking place that led to the garage. The garage led to the kitchen and to the inside of the home. As soon as I got to the door that led into the kitchen I saw that it was open a crack.

I had left it closed.

I slowly pushed it open and peered inside and on the kitchen floor there was a mess of papers and broken glass. I had left all the dishes washed and put away so there was no way that a glass could have fallen. Gabriella was on my hip and I stepped into the kitchen avoiding the glass, I walked towards the dining room and looked up the staircase that could be reached from the dining room. I noticed that the light was on and I had left in the morning and didn’t turn any lights on for any to be on.

Then–a loud knock and crash. Coming from up the stairs.

Literally ran to the car got in and I swear, like a horror movie, struggled with the key and finally put the car in reverse and guess what? We got stuck in the snow and couldn’t back out. I hit the gas harder and finally, the car started moving. I looked up at the window where the light was turned on and then saw a black image of what seemed to be a person walk across the window.

First thought, someone had broken into the house, second thought was why the heck did we even go inside in the first place? We drove down a few blocks and called the police. They were literally there in minutes and with canines at hand and guns pulled they entered the house. They told me to stay outside until they called me.

15 minutes went by and an officer came out to me and told me that they had searched the whole house, every nook and cranny and found nothing. They also mentioned that the dogs had not picked up a scent AT ALL and that there were no signs of a robbery. He said usually the drawers are sifted through and valuables are taken. He mentioned that there were no footprints either, considering that it’s winter out and it was wet and slushy.

He told me to come inside to see if anything was missing or out-of-place. I went in and walked through the living room and then throughout all the rooms in the house. They were right, everything was untouched EXCEPT some picture frames throughout the house were placed face down. In the living room, pictures on their side tables were face down and in the upstairs room, strewn across a bed there were about 5 picture frames. They were placed neatly in a half circle on the bed facing up and the mattress was out-of-place.

We walked back downstairs and I told the officers about the pictures.

They literally stood there blank-faced and one of them looked down at me.

Officer #1: “Ma’am, do the owners have any enemies? Do they sell drugs? Maybe a family member could have done this?”

Me: “Umm, not that I know of. I don’t know anything about drugs. Uh, well my friend has problems with her little sister, her sister doesn’t like her at all. Maybe..?”

Officer #2: “There’s no scent, there is no way a person was in here for the last 2 hours. The dogs would have picked it up. Whatever they saw or heard wasn’t a person.”

Me: “Okay, well, I’m going to call the owners and I think I’m going to take off. I’ll come back for my things in the morning.”

Officer #2: “Wow, don’t know what to tell you besides this is weird.”

The other officer shot him another look and just glanced back at me. Officer #2 actually believed that something creepy was going on while Officer #1, hmm, not so much. I really wanted to leave and the whole place was giving me the creeps, her house and her stepmother’s house both gave me that feeling. If you saw the dungeon basement, you’d agree.  I walked towards the door.

Me: “Thank you so much for coming.”

Officer #1: “Well, there is a report on file if anything else happens. Have a good night.”

Thanks but that was the last thing I was having.

That was also the end of my house-sitting stint.

Here, my friends is the turning point, when I became a believer. I’ve seen things before but always brushed them off. This time it was physical things being moved, not to mention the experience I had the previous night.

Well, I locked up the doors and took off.

I called my “friends” and told them what had happened, they were dumbfounded and quite frankly, probably used to it. Considering she had told me her parent’s house was haunted and they’d experienced a lot of supernatural things. Maybe some followed her to her new home or maybe they’re attracted to really rotten people’s homes?

Now that I think of it, perhaps I could have made better choices when it came to friends and better yet, stay on my side of the city. I mean I love the character of old homes but prefer nothing older than 5 years, thanks. As far as the status of this haunted house, I’m not sure. Maybe her kids there will have a lot of imaginary friends, who knows!

Anyway, since then I haven’t had anything that direct happen to me. I work at a place where death is no stranger. There have been the odd times when I’ve been alone in a tub room, after having removed my gloves, washing my hands and I looked up in the mirror and saw something walk by behind me. Or walking in the halls and seeing a person walk fast around the corner only to get to the corner and no one is there. Call lights going off in unoccupied rooms.

Small things like that and yeah, I brush it off and don’t let it phase me.

After all, we are sharing this world.

So, has anything freaky ever happened to you or are you a skeptic?

Let me know your ghost stories if you have them!

One thing I’ve learned that is follow your gut. We have a sixth-sense for these kind of things.

If you’re looking for something a little more cheerful, check out my Halloween treat bags.

Note: This story really did happen to me but, I really don’t believe that ghosts are attracted to rotten people. Just in this case, the home owners turned out to be really bad/rotten people. I think these things happen to all types of people, not just what is considered bad. 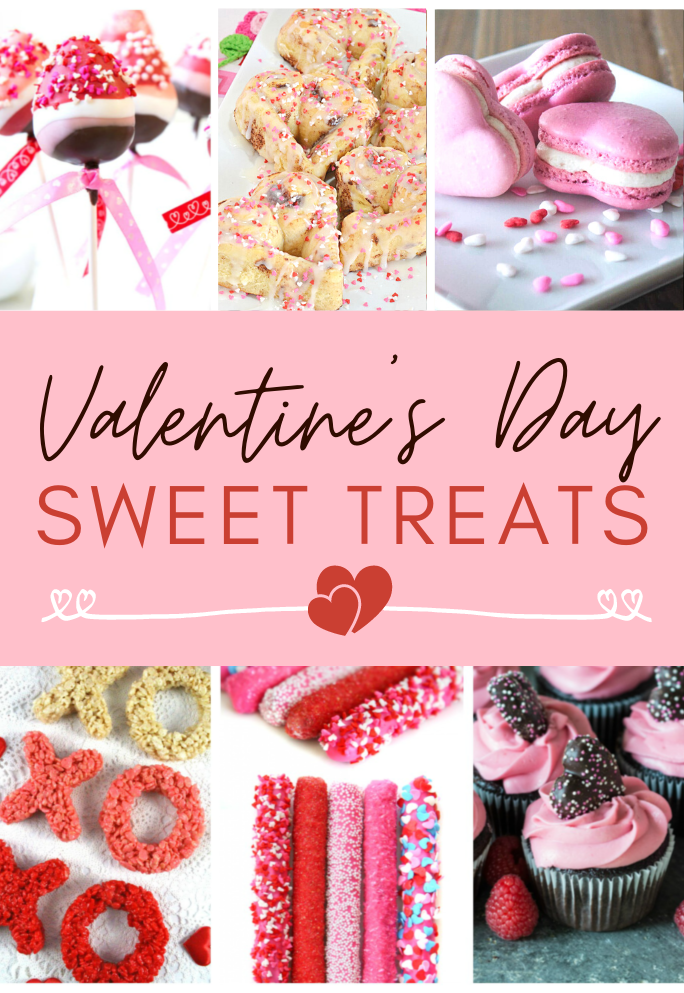 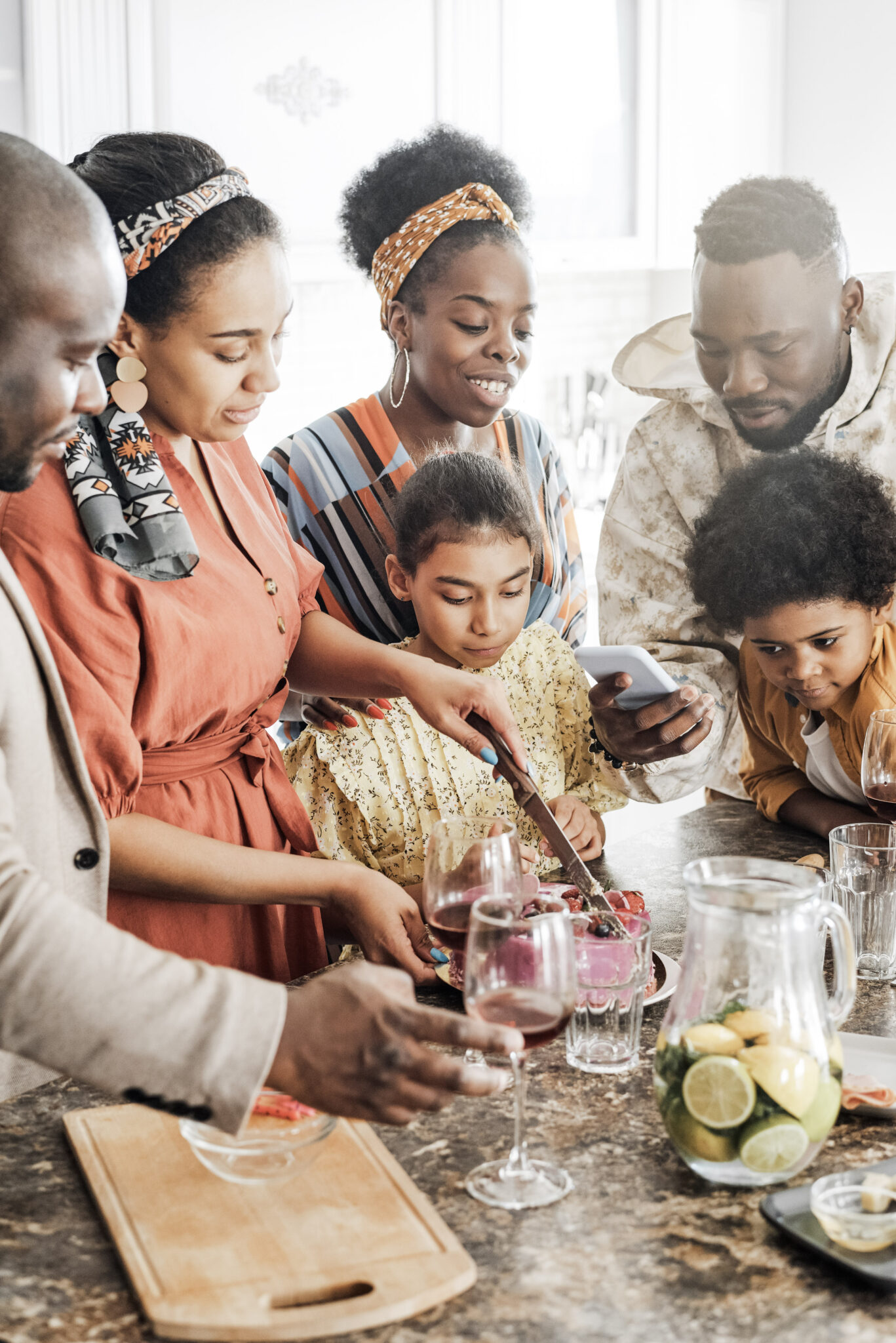 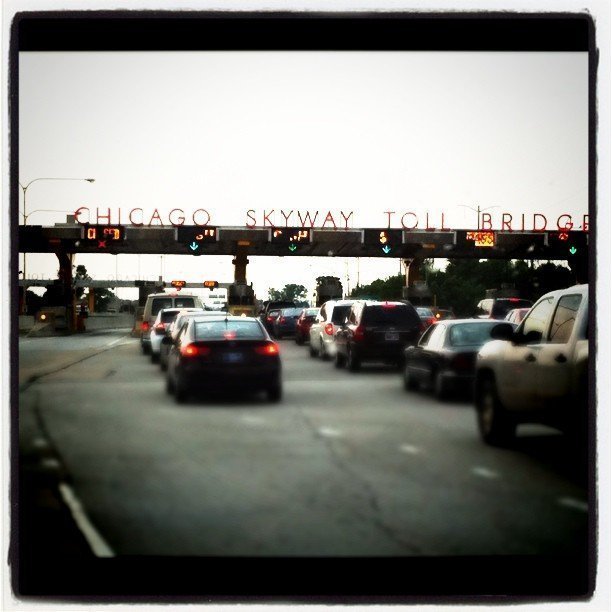 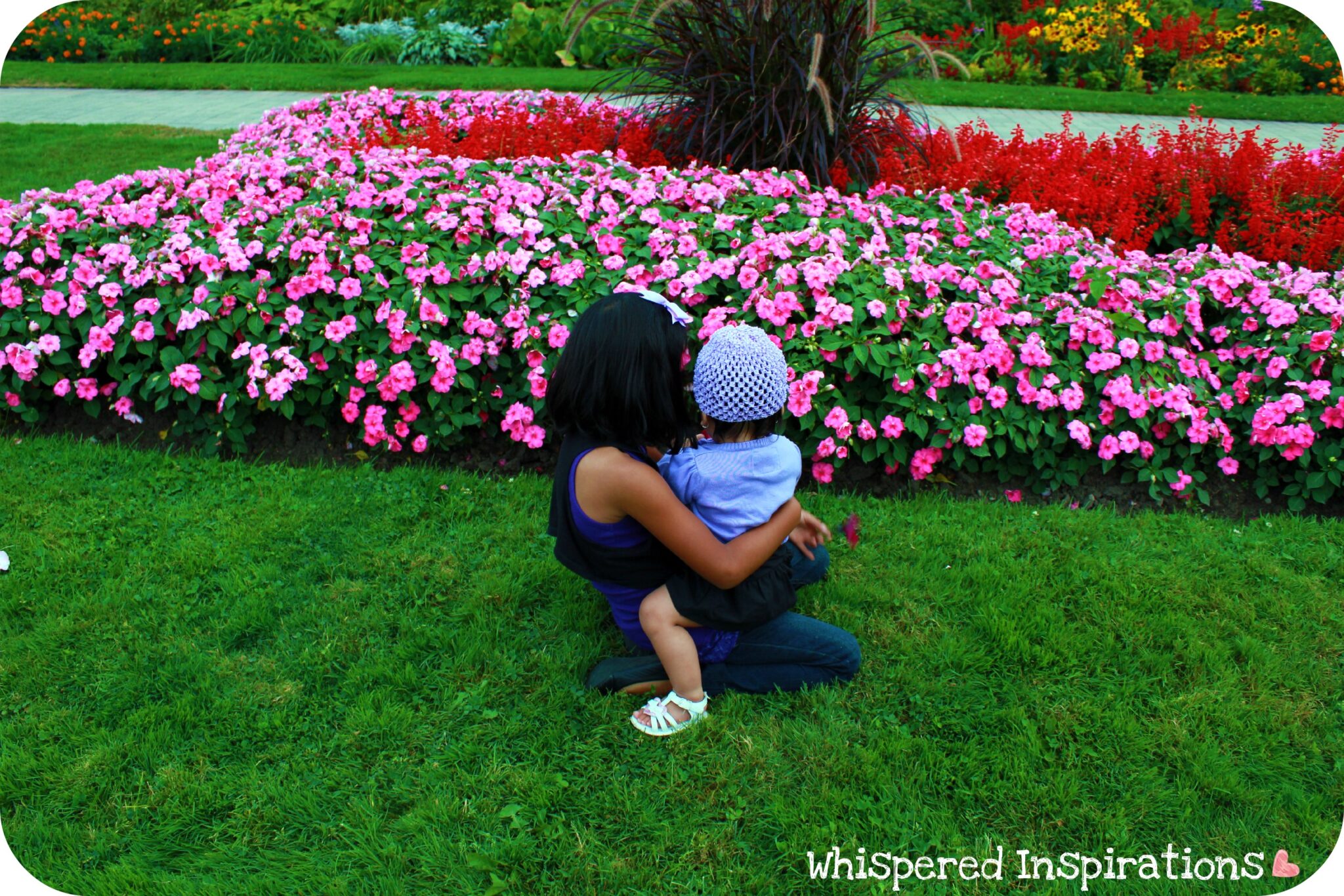