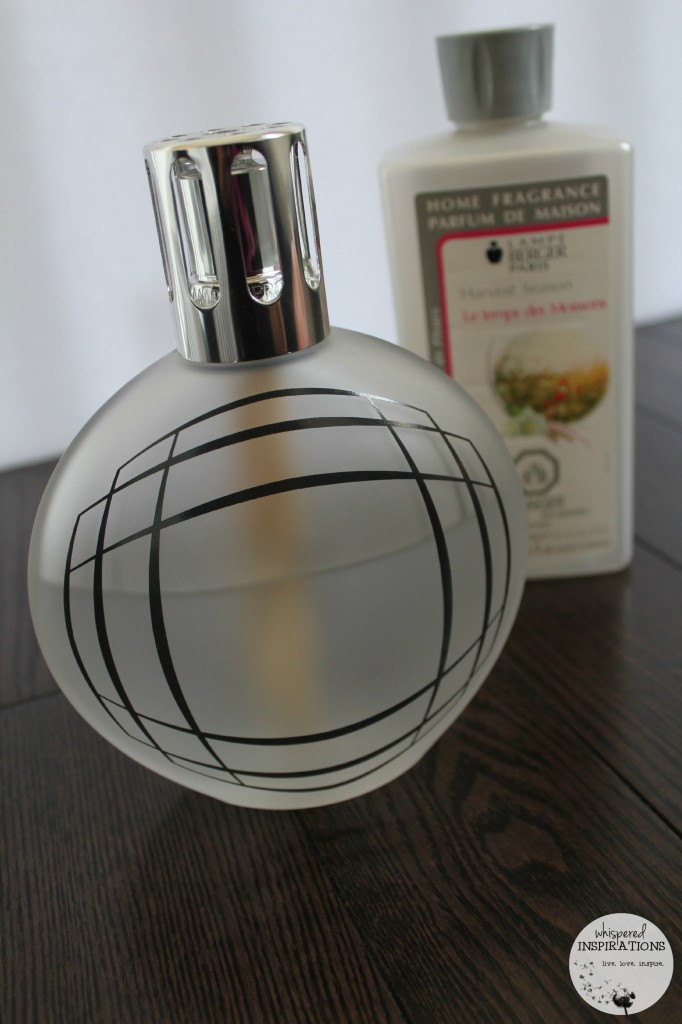 Air purifying in a stylish lamp.

Fall is in the air and while it is still nice enough outside most days to open the windows and let in the fresh air, for the most part, the windows remain closed. With winter coming, it will only get stuffier and the air will eventually get musty and stale. I do own and use air fresheners but, I find that they just don’t last. 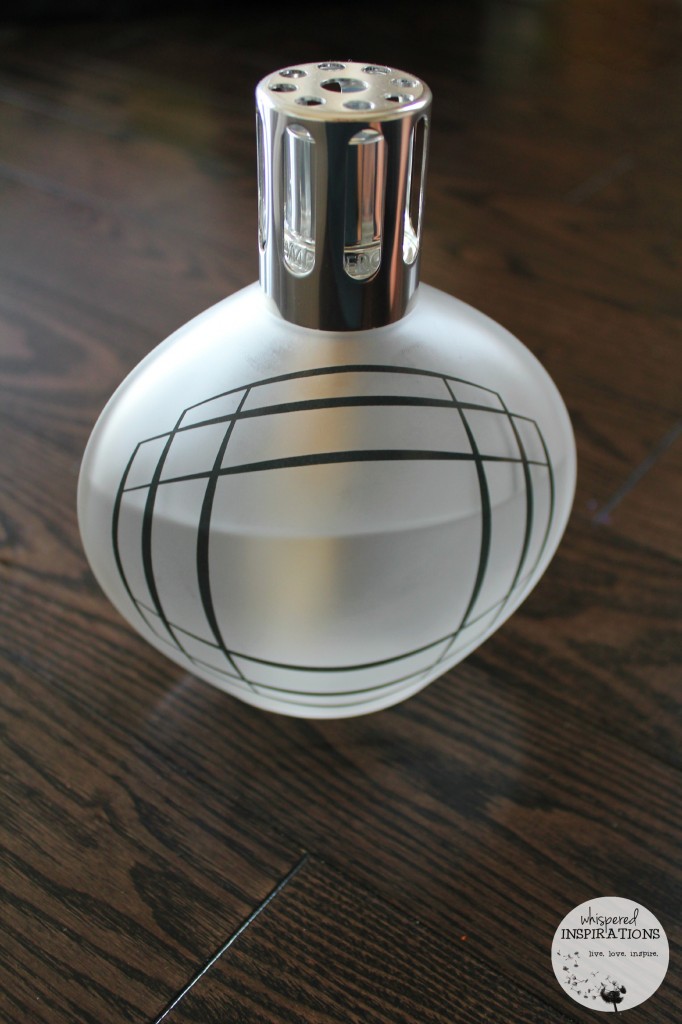 This fall season, I am trying Lampe Berger, I chose the Sweet Bubble in Frosted White. It is sleek, modern and stylish and went perfectly with my home’s decor. I was excited to see how not only do they emit an incredible aroma, they also will add to the beauty of my home. I don’t know about you but, as much as I love the plug-in air fresheners, there’s nothing like having a gorgeous piece of art that is functional. 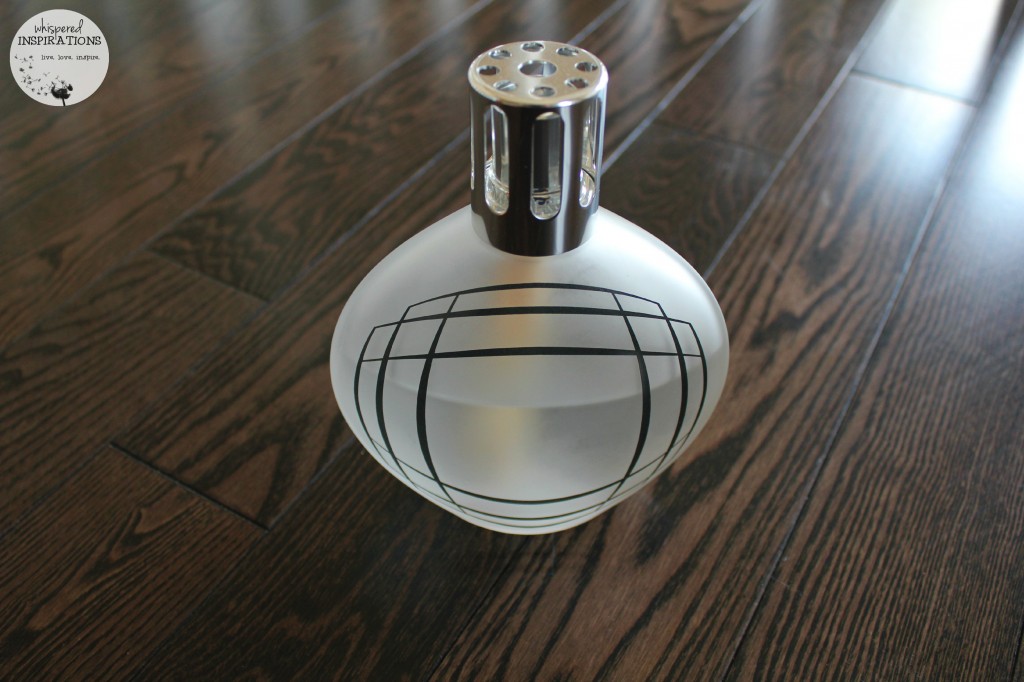 It was in 1898 , that the amazing Lampe Berger story started.

In response to a major preoccupation at that time – a sepsis in hospitals – Maurice Berger, a pharmaceutical dispenser, invented a system of diffusion by catalysis, for which he filed a patent. This revolutionary technology, which purifies the air in enclosed rooms, was soon to be applied for private use , giving birth to the Lampe Berger company.

The little lamp which destroys bad smells saw its apogee during the 1930’s: fragrance provided the dimension of pleasure; the Lampe Berger became a collector’s item, each lamp being associated with a designer and major manufacturer such as Cristal de Baccarat, Cristalleries de Saint Louis, Emile Gallé, René Lalique, and then the top porcelain producers of the 1950s… Coco Chanel, Jean Cocteau, Colette or Picasso each had their own Lampe Berger. With over 5 million litres of fragrances and 800,000 lamps sold every year around the world, Lampe Berger is still a huge success, over a century after it was invented. 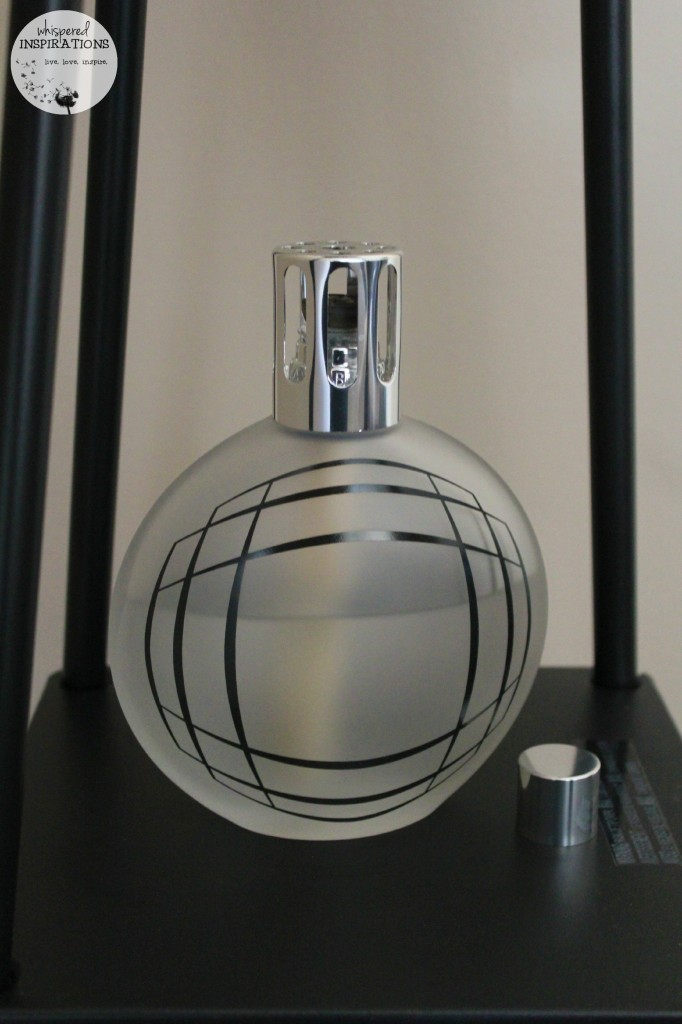 With its resolutely modern and graphic look, this generously-shaped glass lamp is decorated in black chromo with an optical illusion effect, created by the designer Jean-Baptiste Sibertin-Blanc. Protective zamac shiny silver ball top. The lamp comes in 2 shades: smokey black and white frosted. The lamp came with a catalytic burner, 1 stopper and 1 funnel. 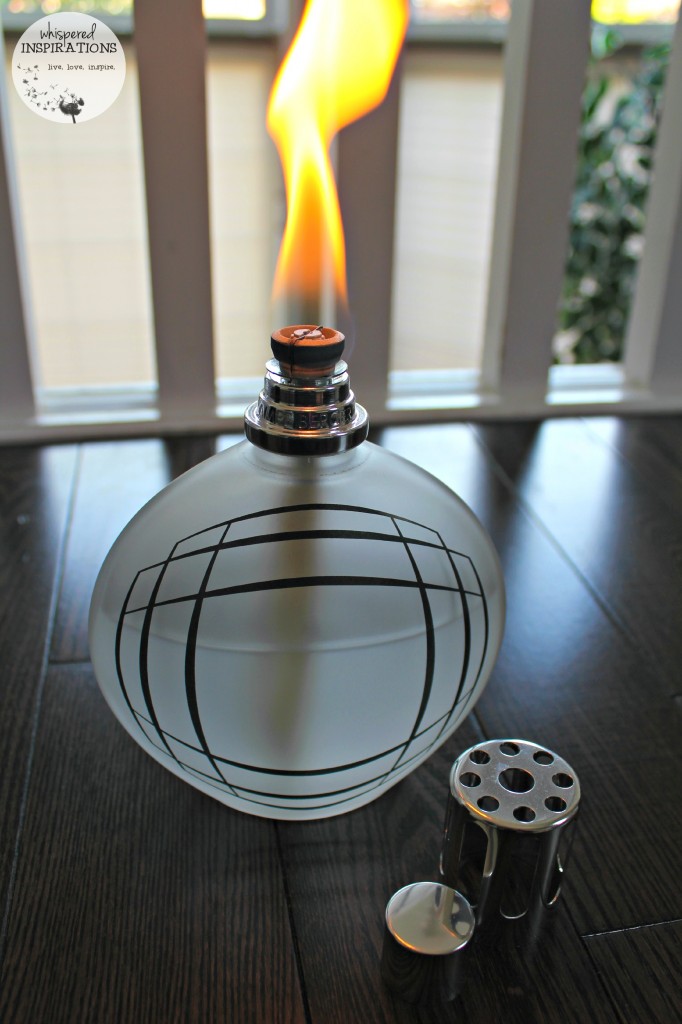 It is actually quite simple, you remove the lid, use the funnel and fill the lamp. You insert the wick and tighten the cap, let it soak for 20 minutes. After the wick has soaked, you light the wick and let it burn for two minutes. After two minutes, blow out the flame and enjoy. Once you are done, you just replace the cap–you don’t want it to evaporate! You should keep the lamp lit for a maximum of one minute per cubic metre.

Lampe Berger sent me a lovely fragrance in Harvest Season, they describe it as “A summer memory: hot wind, the wheat is dry and ready to be harvested, wild flowers are dancing in the wheat between the golden wheat stand. A true homage to nature, a deep, warm fragrance of cut hay and mixed flowers. A breath of fresh air reminiscent of the sun-kissed countryside.”

I have to agree.

The lamp spread the aroma throughout my entire home, it eliminated odors and lasted long. I’ve lit it just a few times and it’s been making a significant difference in our indoor air quality. Not to mention, it smells divine. I can’t wait to try different fragrances! But, I have a feeling I have many more lightings to go before I can switch fragrances. 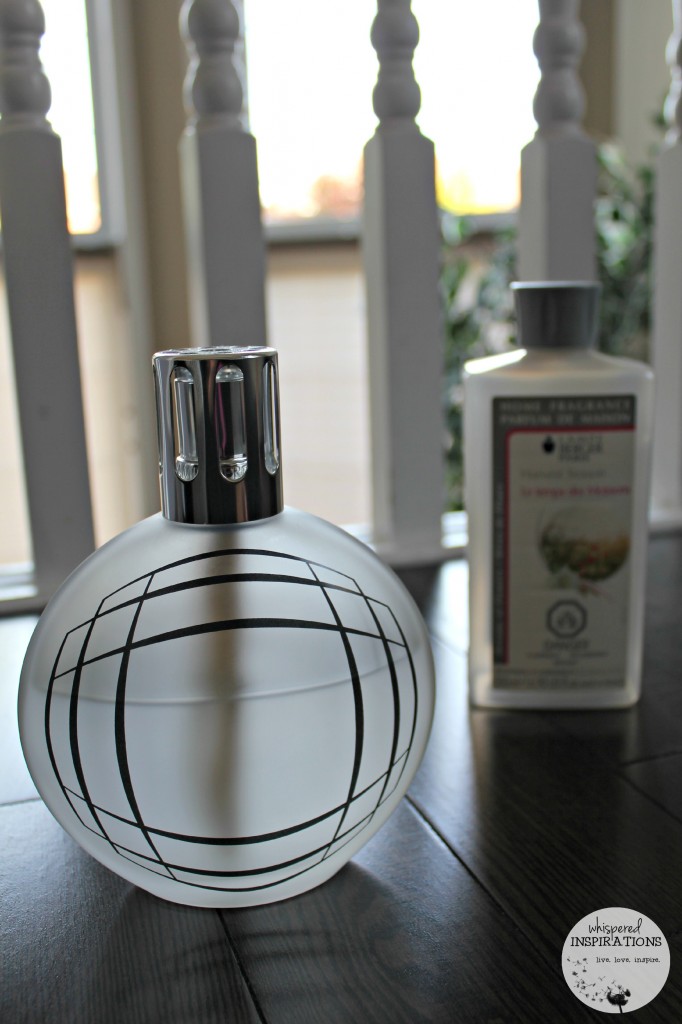 I absolutely love my Lampe Berger in Sweet Bubble, it keeps my home smelling amazing and it is gorgeous to look at! You can purchase Lampe Berger Paris online or at retailers across the country. But, Lampe Berger wants one lucky Whispered Inspirations reader to have their very own with their Lampe Berger Starter Kit worth $48. This contest opens on October 9th, 2014 and ends on September 25th, 2014.

For more information, you can visit Lampe Berger online and get their updates on Facebook, here. If you’re into Twitter, you can send @LAMPEBERGERFR a tweet too!

Would you try a Lampe Berger for your home?